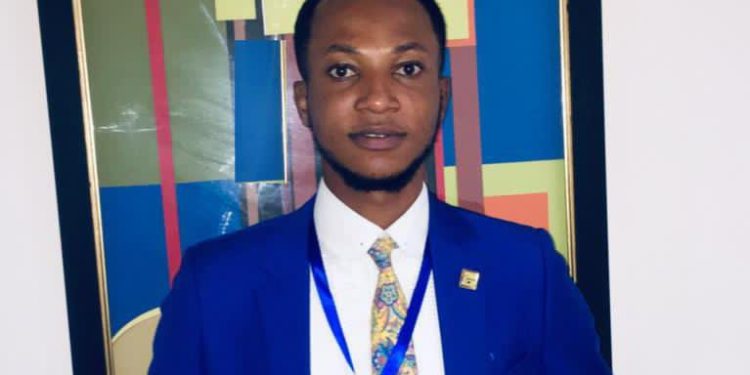 0
SHARES
140
VIEWS
Share on FacebookShare on TwitterShare on Whatsapp

Why we have ran back to the IMF to suckle from its breasts of benevolence is clearly because Ghana is facing an economic crisis fuelled by President Akuffo Addo and his government’s out-of-control spending and atrocious borrowing. Simply put, we are in an economic crisis caused by Debt and Expenditure. Make no mistake to attribute this to any global phenomenon for we are largely to be blamed. Kofi, Ama and Nana Yaw on their way to write an exam get delayed by a rainstorm for 30 minutes. Consequently, all sit for same exams, Ama passes with distinction, Kofi manages to beat the pass mark and Nana Yaw utterly fails the exams. Clearly, any attempt by Nana Yaw to attribute his failure to the rainstorm and delay of 30minutes without acknowledging his ill-preparedness and somewhat low intelligence or proper appreciation of the questions to provide accurate answers does not only make him seem ridiculous but also portrays him as a person who appears to not take responsibility for his failure but also diligently toils to extricate himself from the glaring self-inflicted causes of that failure.

Today, electricity and water tariffs have risen by 27.15% and 21.55% respectively; Unemployment rate is 13.9% which translates to 1.8 million unemployed people out of which 380,000 suffer from triple burden [i.e food insecurity, multi-dimensional poverty and unemployment]; 14.5 million people cannot afford active health insurance coverage; consumer price index has gone up by 144 index points; debt to GDP is projected to end the year at 90.7% by the IMF and 104% by the World Bank [both paint a bleak economic picture]; depreciation is at 19.02%; Inflation is at a 21years high at 40.4% with food inflation at 43.7%; transportation cost have increased cumulatively by 42% and price of petroleum products have increased over 300%. Indeed, Ghanaians are paying more for just about everything. To add salt to injury, the minimum wage to take effect next year which is pegged at GH¢14.88 [$1.06] is not only below the poverty line but lesser than the cost of 1 litre of petrol.

What has the government done to remedy this poor economic outcome? Largely, the government with its communicators at every given opportunity, have never failed to debunk claims that the economy was on a steep retrogression and kept touting a version of their realities which was in disconnect with the populace. With this state of denial and indifference, our Yale University trained Finance Minister with his team went on an uncontrolled borrowing spree where the debts incurred were not invested in ventures that could generate sufficient revenue to enable them to be repaid. While the government was on a borrowing spree, the Cedi not to be left out also embarked on a depreciation spree and finally earned for itself an accolade as the worst performing currency among Africa’s top economies. Least I forget, in terms of absolute inflation we are only better than South Sudan and Zimbabwe. Our neighbour Burkina Faso who have experienced two coup d’état within the year is far ahead of us. Need I say more? Obviously, the much touted “solid economic management team” have not only been left at sea by the depreciation spree of the Cedi but have been awestruck by the jail broken Dollars who for fear of been arrested again after escaping from the IGP has made sure to wiggle itself out of whatever forex policy put in place to capture it. Indeed, not only have the economic managers been bamboozled by this phenomenon, they have clearly proven not to have a clear-cut plan in stopping the free fall of the Cedi. However, the question is, do they lack the ideas? No! albeit they fancy clothing the ideas with populist catchy slogans for political capital rather than focusing on a true translation of these ideas into policies and capital development that will have sustained far reaching impacts on the living standard of the citizenry.

Long story short, the underlying causes of the debt crisis are our continued dependence on raw commodity exports as a means for revenue generation and over-reliance on import. This is despite the fact that, Ghana is a country blessed with enough natural resources as well as human capital equipped with the knowhow to spur real industrialization (not the populist 1 District, 1 Factory nor Planting for Food and Jobs. Both of which have achieved next to nothing when it comes to import substitution and food security). On the expenditure front, the mismanagement of public resources, fiscal indiscipline and corruption have been our main ruination. Ghana a country with approximately 30 million people, has no business employing the services of over 120 Ministers, allocating an annual GH¢3 billion to the Office of the President and loosing over GH¢17 billion to corruption and financial irregularities in 2021 alone. For a country neck deep in debt with a GDP of less than $72 billion, it makes no sense for political office holders to move about with a minimum convoy of 10 and maximum of 40 Toyota V8s Landcruiser just to cut sod or commission a project;  neither does it make fiscal sense for the President with clear disregard to public outcry continuously charter a private jet that cost the taxpayer over £10,000 an hour even at such a time where the country has been blacklisted from the bond markets and rated poorly by reputable economic rating agencies.

In this regard, I do believe that even before an IMF programme takes effect next year, the President can show some leadership and put in place some austerity measures. We can reduce expenditure and create some fiscal space for the country by drastically reducing the number of ministers to 60 and cap the number of presidential staffers at 400. Ministries that were disintegrated can be merged and government agencies realigned. All persons cited for financial irregularities must be surcharged to recover some monies to the state. Allowances of all Article 71 office holders should be reduced by 60%, they can survive on the whooping salaries they receive and other private business holdings. The 30% cut on discretionary expenditure should be increased to 50%. The presidential convoy should be reduced to a maximum of 10 vehicles and that should be the ceiling of convoy in the country. All flagship programmes must be reviewed with a budget realignment in mind. Recurring expenditure such as nurses and teacher trainee allowances have outlived their essence and must be re-looked at. Indeed, the only income generating venture the state had business in abolishing is none other than the taxes on sanitary pads. However, the state chose abolishing road tolls over making lives somewhat comfortable for our dear ladies. A choice that have clearly backfired as the e-levy has not lived up to expectation. These are inward looking solutions we can start off with.

I am Emmanuel Ndukwe and until such a time when the President Akuffo Addo led government takes responsibility for its role in plunging the country into this debt and expenditure economic crisis and shows commitment and leadership in driving us out of this quagmire, I shall continue to ask, IS THE ECONOMY STUPID?