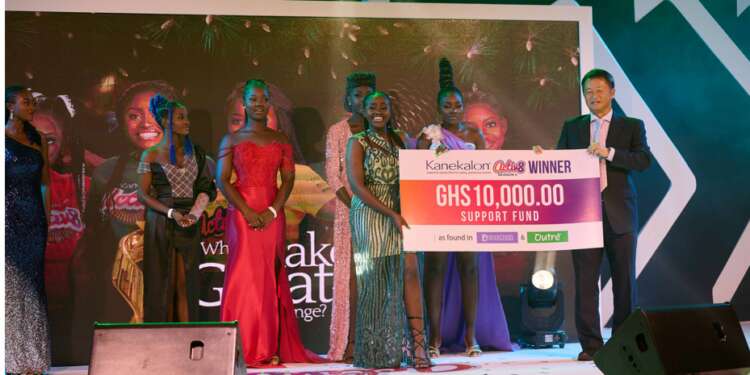 Season 2 of the Kanekalon Activ8 challenge ended on a joyful note at the Movenpick Ambassadors hotel where the Grand finale was held. The event which was hosted by the popular social media influencer Cookie was graced with the presence of some Kanekalon dignitaries, other influencers and the “stars” of the night; the top 5 finalists of the challenge together with their friends and families.

The finale which happened on Sunday December 12, 2021 was nothing short of a night of creativity, a splurge of emotions and a mark of healthy competition. The entire challenge which kickstarted with a teaser video in September was the second edition of the much-talked-about Kanekalon Activ8 challenge. This is an online challenge for female creatives in search of something that strikes a spark on their creative edge and also have an interest in beauty, boldness and a good competition.

The Activ8 season 2 challenge as a sequel to season one which happened in March 2021 delivered on its promise to be bigger and better as everything from the cash prize to the number of quests and the entire experience was taken a notch higher. The season saw a total of 7 new creative tasks for 7 weeks, an increase in the cash prize of 20,000 Ghanaian cedis from last season’s 5,000 Ghanaian cedis, weekly creative awards, a fun trip among some others. The ultimate cash prize which Kaneka claims would be split into two parts as 10,000 cedis cash is given to the winner and the other half goes to support their academic or career dreams based on the recipient’s request.

The cheers in the room became uncontrollable as Miss Happy Celly (her stage name) emerged as the winner of this season’s Activ8. She was beautifully adorned in a stylish green gown on the night as she received the ultimate cash prize and a plaque. Her final quest video which focused on the story of a young deprived girl who wishes to be a nurse one day but present circumstances have her, her mum and siblings struggling to put food in their stomachs every single day without a place to lay their heads or call home as told by Miss Celly. Her video seemed to connect more with the judges and as did others to be honest but in a more immersive way. She didn’t wait to win the competition before supporting this underprivileged family with some food supplies. She was closely backed by Miss Leeta as the 1st runner up who walked away with 5000 cedis cash and a plaque and Miss Betty Latty as the 2nd runner up who received 3000 cedis cash and a plaque as her reward.

The General manager of Kanekalon Africa Mr. Hiroshi Seko who presented the cash award to the ultimate winner expressed his excitement and appreciation in an earlier presentation to the team at Kaneka, to the contestants for putting up impressive and amazing work in all their quests, and to all the  families and friends who supported them in this. He didn’t miss the opportunity to heighten the happiness in the room by showing off some dance moves when he joined the winner on stage to present her award. The event was interspersed with music performances as well which gave a touch of soothe to a tensed room. The team at Kaneka did a great job by imbibing the spirit of collaboration and healthy competition among these young Queens as there seem to be a great sense of support for each other. The night ended with a touching speech from last season’s winner and an unexpected donation from Mr. Enoch Danso, the Project Manager, Sales, Weave Ghana Limited who was moved by Miss Happy Celly’s video and pledged to build a one-bedroom apartment over the next 2 months for the said family. Miss Celly could barely hide her emotions as she saw the fruit of her work being rewarded and recognized.  She would later express in an interview her appreciation to all who supported her throughout this journey and exuded the decorum of a true Queen with her winner’s speech.

Moving forward, the Japanese quality hair and extension producers- Kaneka look forward to an even more exciting and bigger season 3 hopefully sometime in the coming year and are optimistic about how big it will be judging how successful this past couple of seasons have been. 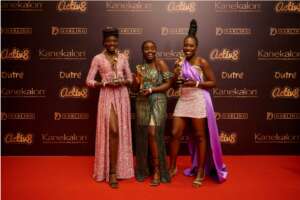 Ghanaian celebrities who faced the law in 2021

Ghanaian celebrities who faced the law in 2021