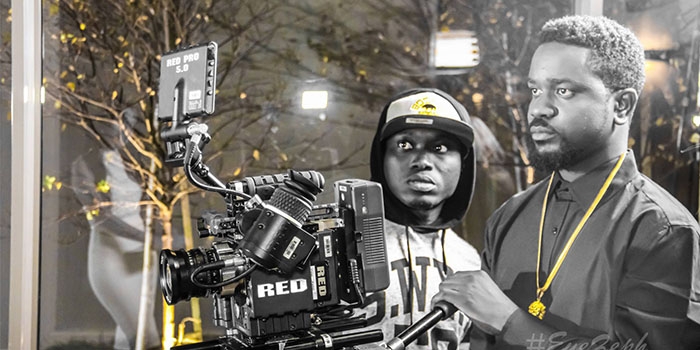 Bawumia, Have you heard #Trumpet @TeePhlowGH Got me hyped, wordplay was so neat, I feel like making him the minister for rap. pic.twitter.com/cWXSRbXq3D

Other rappers after listening to #Trumpet.. pic.twitter.com/aoeqDpFjgI

I ain't a big fan of @TeePhlowGH but chale hands down, He killed the track. Waaaattt!! #Trumpet

Has @PAPPYKOJO eating everlasting beans?This track too flatulation dey inside. He didn't do it, someone did and they all smelled it #Trumpet

U add some small verse for the end like eno bad kraa oo.Dope tune by all standards tho.U lef the boys make dem do dema thing.Bigups #Trumpet https://t.co/7HCSehIQzp

I dey imagine @KinaataGh on #Trumpet la . first 3 killed it for me tho.

Who Killed it on @sarkodie 's #Trumpet track ??

The way @PAPPYKOJO rap for #Trumpet top…. Chale e check like he add narcotics to the lines oo. They are too dope! Fante Aroma ❤

henceforth iAm taking no shit from nobody! iAm not pampers.. #Trumpet

Chai cant stop listening to dat verse @DONZY_CHAKA on #Trumpet….Awl keep applauding u till u bore…Well done once again…
God bless ya

Those saying @KinaataGh Wasn't featured on @sarkodie #trumpet cos he can't flow on a hip-hop beat..go soak "definition"

Yo donzy caught me off guard, the punches from him were too much, I underrated him #Trumpet