I feel privileged to be likened to Kwesi Arthur- Kweku Flick 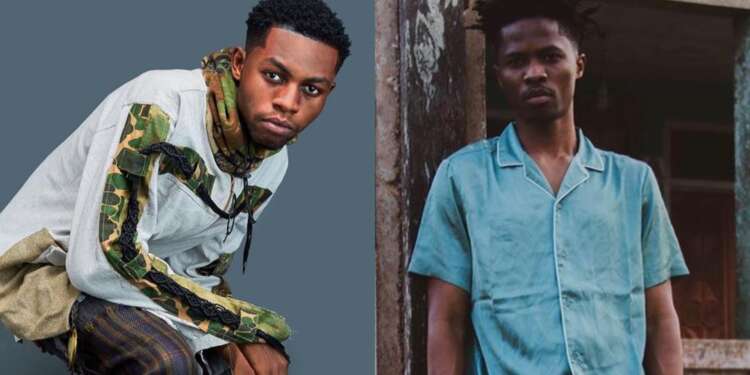 I feel privileged to be likened to Kwesi Arthur- Kweku Flick

“I wasn’t feeling I was in the shadows of Kwesi Arthur or even anyone else. I was just feeling fulfilled because I was compared to someone great like Kwesi Arthur. Such comparisons rather made me feel I was working hard and encouraged me to keep working even harder,” he said.

In an interview on Y102.5 FM’s “Ryse N Shyne” with NY DJ, the Kumerican artiste said, he was pinned down with hard work and focused to achieve his dreams rather to let public opinion weigh on him.

Kweku Flick earlier noted that, his first music release was ‘Awake’. However, he broke into the music scene after his ‘Money’ hit. Many Ghanaians upon hearing the Hip-Hop tune concluded he ‘mimicked’ Kwesi Arthur’s voice despite being his legitimate voice.

According to him, this narrative from Ghanaians made his early beginnings tough but motivated him to bounce back stronger.

“The beginning wasn’t easy but it also made me even stronger. I believe if I allowed all those comments get to me but I wouldn’t have come this far. I was staying focused, working hard and just doing my thing at the time and decided to forget what people actually said because I have a vision to achieve,” he said.

Kwaku Flick recently released a new single titled ‘Ewiase’ reminiscing the Ghanaian Highlife sound with a blend of a subtle trap tune. The track has since made waves across the streaming platforms averaging over five hundred thousand streams.

I want to be remembered as ‘Money’- Kweku Flick

I want to be remembered as ‘Money’- Kweku Flick