I will never expose myself for attention-Efya 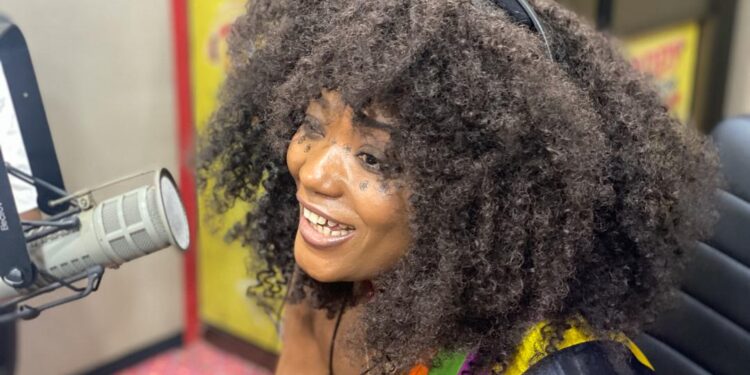 Ghanaian songstress and song writer Jane Awindor, popularly known as Efya has come under heavy criticism for her style of dressing.
Some Ghanaians are of the notion that the songstress has a lot of young followers and as such it is inappropriate that she dresses to expose her body.
The ‘Saara’ hitmaker has, however, reacted to these criticisms by stating that she dresses in a sexy manner whenever she chooses to and it is in no way a call for attention.
In an interview on Happy FM’s ‘Ayekoo After Drive’ show, she said: “I will never intentionally expose myself for attention. God knows I already have that attention”.
She added that people may find her way of dressing to be revealing probably because she has gained weight.
She humourosly stated that people probably mistaken her great style of dressing for nudity.
Efya is known for her songs such as ‘Best in Me’, ‘Forgetting Me’, ‘Saara’, among others.Efya is currently promoting her new song dubbed ‘The One’ which features Nigerian act, Tiwa Savage.
By: Alberta Dorcas N D Armah