Joe Mettle is enjoying the buzz around us – Patience Nyarko 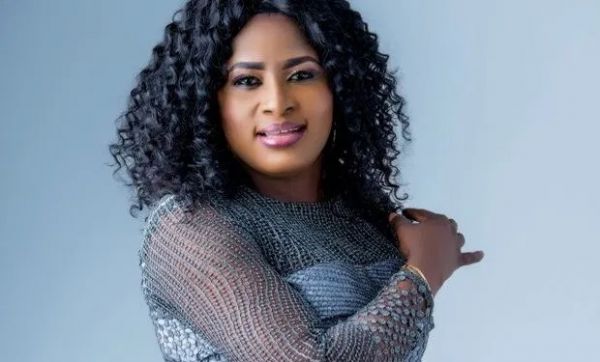 Sensational Ghanaian gospel artiste, Patience Nyarko has asserted that fellow gospel act Joe Mettle has no problem with the statement she made about him.
According to her, Joe Mettle is basking in the attention of her statement, which caused controversy.
The musician declared this in an interview on Happy 98.9FM’s ‘Ayekoo After Drive’ with DJ Advicer.
When asked if she had reached out to Joe Mettle after she made comments considered by Joe Mettle lovers to be harsh about the musician, she responded, “I don’t see it as important to reach out to him. If he is not happy about my comments, he would have reacted to it. I think Joe Mettle is enjoying what is going on between us.”
She indicated that she has no personal vendetta against Joe Mettle but just spoke the truth as it was. “Some people understand my comments and stand with me.”
On her authority, the only problem about her statement was the tone she used which she acknowledges was caused by anger. “I was a bit angered by the statement Joe’s team member had made. But I still stand by my statement because it is the truth.”
Patience Nyarko in an interview some days back exclaimed that Joe Mettle only sings songs from the Church of Pentecost and Methodist. She added that Joe Mettle would be left with nothing to his credit should the churches ask him not to sing their songs again.
In her words, “I don’t want people to think Joe Mettle is the only Gospel artiste in Ghana. He is being overly hyped and I want people to know that he is not there yet. Sincerely, they are giving the guy a problem.”
By: Joel Sanco