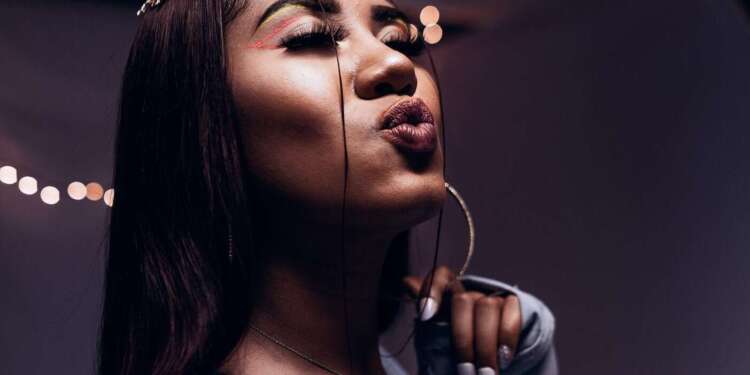 American based musician of Ghanaian-Philippine descent, Martenni, believes it is high time musicians address humanitarian issues with their songs rather than promote obscenity.

Speaking on her planned travels to Ghana this festive season, she hopes to gain more knowledge from the Ghanaian culture and perspective to shape her upcoming album.

Sharing her new outlook to music, she stated, “I think it’s time we have artistes speak more on humanitarian issues than love or booty shaking songs because they’ve managed to use that as a weapon against us especially in America. And I see the big white record labels trying to transform afro musicians into American musicians now. We need less Cardi B’s and more Bob Marleys if you understand what I mean lol.”

Admitting she had recorded some love or booty shaking songs in the past, she argues they were only to catch the attention “of my early fans and to get them know who I am as a person later on.” She believes her travel to Ghana will help her have a better understanding on how she can achieve this goal.

The artistes who wants to break ground in Ghana’s music industry wants the land of her forefathers to recognize her and know, “I am here to represent not only my family in the North but also all men and women who struggle to be their TRUE selves.”

Martenni describes Africans as the true people of God and urged them to exercise that belief to achieve a better living standard, “Instead of trying to chase the enemy’s way of life and stop being deceived.”

Growing up in America, a country she describes as strange land, she has learnt a lot from the African-American and African communities and has faith her upcoming album will promote self-love and address issues she realized as a young child.

“It’s time we all start tracing back to our roots and realizing we are gods and to love ourselves and EACHOTHER more every day,” she charged.

The Detroit- raised model and musician is currently a student at Wayne State, pursuing a double major in Marketing and Management. She hopes to use her talents and skills to reach her dreams and give back to communities all over the world.