by bmensah
in International Entertainment, Technology
0 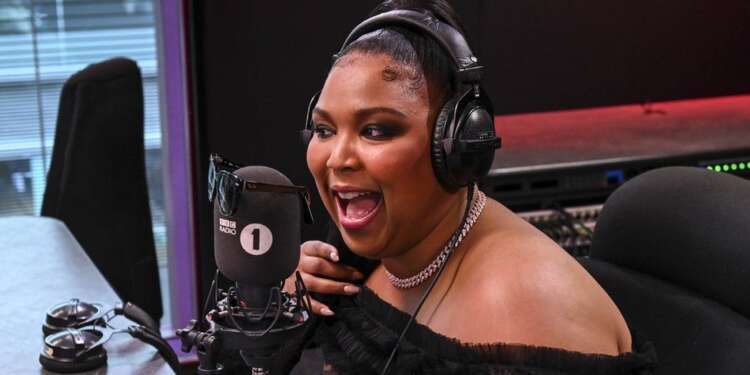 The move comes after the singer spoke tearfully about the “hurtful” abuse she’d received on social media.

A spokesman for Facebook told The Hollywood Reporter the comments which had been removed broke the company’s rules about hate speech and harassment.

Earlier this week, Lizzo said she had received attacks online which were “fatphobic” and “racist”.

Lizzo, real name Melissa Jefferson, has become a successful recording artist in recent years thanks to hits such as Juice and Good as Hell.

However, the release of the video for her latest single Rumours, a collaboration with Cardi B, prompted some negative reaction online.

During an Instagram Live on Sunday, Lizzo said: “On the days when I should feel the happiest, I feel so down. Sometimes I feel like the world just don’t love me back. It’s like it doesn’t matter how much positive energy you put into the world, you’re still gonna have people who have something mean to say about you.”

The singer became emotional as she described working 12-hour days with rehearsals, writing music, recording in the studio, filming and press engagements.

She singled out derogatory comments about her appearance as some of the most damaging.

“What I won’t accept is y’all doing this to black women over and over and over again, especially us big black girls,” she said. “When we don’t fit into the box that you want to put us in, you just unleash hatred onto us. It’s not cool. I’m doing this for the big black women in the future who just want to live their lives without being scrutinized or put into boxes.”

‘This should not fly’
Lizzo’s comments came just a week after Instagram unveiled a new feature that allows users to limit comments and DM requests during “spikes of increased attention”.

The feature, which users can opt in or out of, automatically hides comments from accounts that don’t follow the user or only recently followed the user.

Facebook, which owns Instagram, announced earlier this year that the company is taking a tougher stance on direct messages.

On Wednesday, Lizzo spoke about abuse she has received in an interview with Good Morning America.

Many social media users in recent years have questioned why celebrities choose to stay on such platforms when they receive so many negative comments.

But Lizzo told the programme social media was also an important tool in getting her messages out and making sure she wasn’t “erased”.

“Black women have been in this industry and innovating it forever. It is unfortunate that we are the ones who do suffer from the marginalisation the most. I feel like if it weren’t for the internet and social media, I could’ve been erased. I chose to be undeniable and I chose to be loud and I chose to be great. And I’m still here. It’s difficult.”

Facebook’s decision to delete negative comments from Lizzo’s accounts was largely welcomed online, and the singer has received support from friends and followers in recent days.

“Body shaming is mean and racist,” said Lizzo’s collaborator Cardi B. “Thousands of people callin’ you names it gets to you.”

“You truly could NEVER (unless you become a celebrity) understand how hurtful/cruel/vile/unnecessary negative comments can be. Lizzo is a black woman making mostly pop music that faces fat shaming daily,” said beauty YouTuber Ashley Devonna.

Black satin, velvet and sheer lace to the waist. This is how the Biebers do black tie