My first interview in Ghana was with YFM – Kwesi Arthur 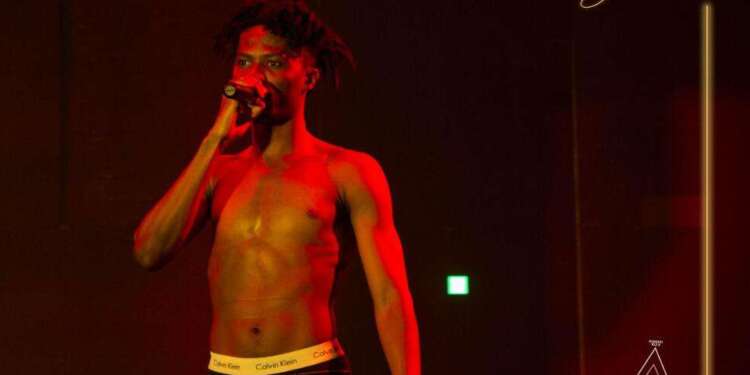 ‘Baajo’ hit maker, Kwesi Arthur, known personally as Emmanuel Kwesi Danso Arthur Junior, says the first interview he has ever had in Ghana was one he had with Y107.9FM.

Kwesi Arthur was in the middle of a hot performance at the 2021 Y-Rated Awards organized by YFM, when he stopped to deliver this acknowledgement.

“YFM, waguan? I just have to say this. My first ever interview in Ghana be YFM them grant that interview. DJ Kess and Akosua Hanson did that and I will always be grateful to YFM”, he said.

Kwesi continued to drive the crowd wild with back to back performances of his biggest hits like Live from 233, Baajo, Door, Turn on the lights, among others.

Kwesi Arthur was one of the many dope artistes who performed at the strictly-by-invitation event and of course, as it was organized by Ghana’s biggest urban radio station and the youth’s channel, YFM, the event was nothing less than flawless.

The Y Rated Awards is YFM’s annual music awards show designed to acknowledge the most hardworking artistes who got played on Ghana’s number one music and youth station. The first and second editions of the awards scheme were part of activities to mark YFM’s anniversary which falls in November.