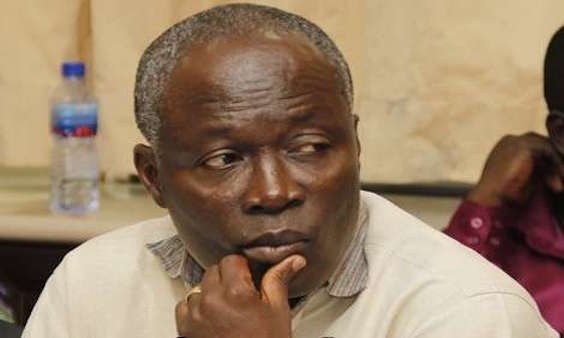 President of Ghana Football Association, Kwesi Nyantakyi has thrown a scathing jab at country’s sports minister, labeling his frequent criticisms of the association as that of a serial caller.
The minister, Nii Lantey Vanderpuije, since assuming office has been strong and direct with his views on the country’s football governing body, most of which  have been seen as a ploy by him to discredit the association in eyes of the Ghanaian public.
The FA president, who seemed to have had enough of the minister’s constant gibe at the football association and responded in equal measure.
“Nii Lantey Vanderpuije is behaving like a serial caller,” he told Starr on Tuesday.
The minister has questioned the payment of unclassified amounts during qualifying games of the Black Stars. He has also accused the current Black Stars players of being indiscipline- with fears his continuous denigration of the players could affect the team’s chances of qualifying to the 2018 World Cup in Russia.
HappyGhana.com

"You have the Right to Sleep With Your Brother's Wife If..." - Counselor Lutterodt