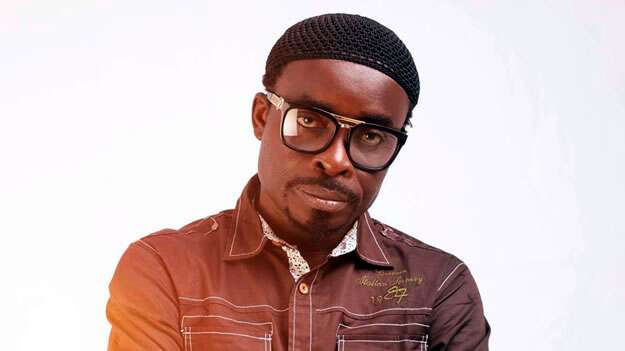 Daasebre Gyamenah was a Ghanaian highlife musician who became very popular in 1999 after his hit album “Kokooko”. The album was the first major fusion of two major Ghanaian genres hiplife and highlife, the album also featured rapper Lord Kenya.

Daasebre was born as Abubakar Siddiq, a Muslim, but preferred to be called ‘Kojo Gyamenah’ often. Daasebre’s late mother was a Muslim and passed on when Daasebre Gyamenah was just five years old.

He used both Christian and Muslim identities, and as a man of the people, he saw no need for Christians and Muslims to be at odds over theological disagreements.

Daasebre Gyamenah was the director of the school band when he was in middle school. In the 1980s, he moved to Germany and joined the Talking Drum band. He created his first band in 1987 before joining forces with Daddy Lumba in 1989.

He owned the ‘Owoahene’ Studio in Suame, a suburb in Kumasi, where he has completed his recent recordings as Executive Producer for Owoahene Music.

He was well-liked and popular among both young and old people. Daasebre’s tracks were usually in the mid-tempo range and contained a lot of hip hop influences. He included more hip-hop musicians than any of his genre peers in his songs.

The Akan technique of narrating through proverbs was a prominent component of his songs. Because of his grandmother’s influence, his proverbs stood out from the crowd. These proverbs essentially defined the meaning of his songs. Except for the love songs, he claimed in an interview.

Daasebre was imprisoned in the United Kingdom in 2006 for narcotics possession and was subsequently acquitted of the crime. However, his imprisonment did not deter him from producing songs. He went on to release another album titled “A Friend In Need.” The album had popular songs like “Seetei,” “Wafom,” “Ahuofe,” and “How Far,” which became hits on Ghanaian radio charts.

In his long musical career, Daasebre Gyamenah won major awards and honours including, two and four awards during the 2000 and 2002 editions of the Ghana Music Awards respectively.

The songwriter passed on at the 37 Military Hospital in Accra on 29th July 2016. His death is believed to have been the effect of an undisclosed illness he lived with. Music enthusiasts and fans were shocked by the sudden death of the highlife legend.