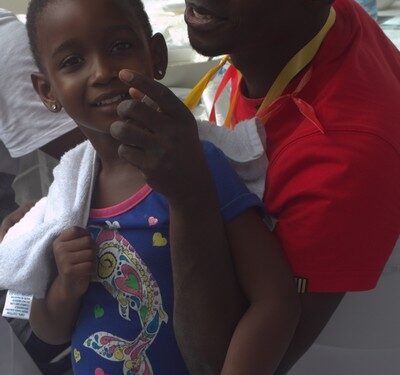 EDDY BLAY
Eddy Blay AKA “Blazay” is considered one of the pioneers, pacesetters of the GH entertainment industry. Eddy started on TV, presenting a magazine show called “Smash TV” when he was just 17. Since then, he has had a very successful career in media, hosting numerous TV shows, and continues to be one of the best concert MC’s.
His eclectic taste in music also makes him unique, which he demonstrates on his YFM shows,” Steppin2daAM” and “The Weekend Mash Up”. Eddy’s Hip Hop background is very evident in all his Rap play lists, and he very well might be one of the best House Music DJs in West Africa. He is currently the presenter of the Late Nite Celebrity Show on eTV Ghana where he interviews Ghanaian, African and Global celebrities live on TV.
In the past Eddy has hosted the MTN Soccer Academy, Coca Cola BMW Game show, Showtyme TV, 4SYTE TV, Xclusiv, Big Brother Africa Interactive, Malta Guinness Shout, Allo Buzz TV, Miss Ghana Diaries, Model of the Universe TV, Channel O Emcee Africa. To add to the list, Eddy hosted live concerts in Ghana such as Busta Ryhmes in Ghana, Ludacris in Ghana, Trey Songz in Ghana and the Rexona Do More Concert.
Listen to Eddy Blay on “The Weekend Mash Up” on Y107.9FM from 5-8pm, Saturdays and Sundays. Also, watch the Late Nite Celebrity Show on Etv Ghana every Monday, Wednesday and Friday at 9:30pm. In a rather densely male dominated industry Kessewaa has risen to become one of the most sought after DJs in Africa. With a small beginning from her secondary school days in Archbishop Porter Girls’, DJ Kess discovered she had the potential to become a very good DJ when she was made the official DJ of the school. She was able to learn a lot with the unlimited access she had to the school’s sound equipment and laid a foundation for what will later become her career.
Making the bold decision to pursue her dream of being one of the greatest DJs, she has now been in the business for the past 7 years and now rubs shoulders with some of the biggest DJ brands in Ghana. She also boasts of being the best female DJ Ghana has ever had.
In 2011, DJ Kess was invited to be the guest DJ from Ghana to play at the Saturday House Party on the Big Brother Africa reality show. This won DJ Kess more credibility as a force to reckon with. She also played at the 2012 Etisalat Epiq Nation concert in Benin Copa Coca Cola in Nigeria in 2012, the Mario and Shotelle live concert in Ghana and the Red Lipstick all female concert among others. She has won the Best Female DJ at the Ghana DJ Awards twice in a row and was nominated for the Best Female DJ at the 2013 African Global DJ Awards in Johannesburg, South Africa. ​
Currently, DJ Kess is the official DJ for the YLOUNGE with Akosua Hanson and Party Pressure with the Soul Man. She also DJs at Bella Roma Club inside Osu in Accra. She has also tried her hands on video DJing when she used to host the Airtel Magic Moments on e.TV Ghana. DJ Kess is now into beat making and music production which will feature artistes from in and out of Ghana.

PHOTO: Sarkodie Details How His Sister Forced KK Fosu to Sign Him