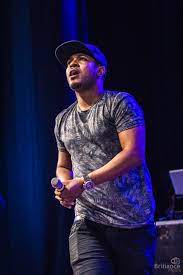 0
SHARES
48
VIEWS
Share on FacebookShare on TwitterShare on Whatsapp

One conversation that has not been taken seriously in the Ghanaian entertainment space is the formulation of policies to restrict the play of foreign songs in the media and play more Ghanaian songs.

Many artistes and industry players have lamented the infiltration of the media space and content in Ghana, Darlington Kwasi Agyekum popularly known as D Cryme has added his voice to the conversation and demanded the formulation of laws and policies to play a particular percentage of Ghanaian songs and foreign songs.

In an interview on Y 97.9 FM with Chelsy Sey during the ‘Ryse N Shyne’ show, he admitted to the dynamism of music and how it could break boundaries but remained to his assertion and belief of an agenda to play particular percentages of songs in the media.

“I think music is music and it’s dynamic, but one thing that will help us to blow a lot, the media and Gatekeepers must come together to set an agenda and make sure that a high percentage of music airplay is dedicated to our local songs and a little percentage for the outside.”

“For now you and I can attest to the fact that it is the other way round in Ghana. It doesn’t mean we aren’t producing good music, but Ghanaians are more hospitable to outsiders than ourselves,” he said.

D Cryme is currently in Takoradi on a media tour promoting his new single ‘Big Man’ and entreated his fans and music enthusiast to anticipate his upcoming album.