Poet Nenebi to premier ‘Stay Away From Me’ video on Thursday 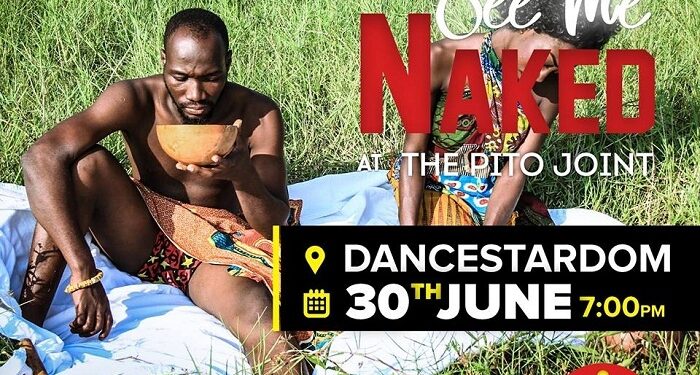 Poet/songwriter, Nenebi, says Yvonne Nelson is the Kanye West of Ghana. The firebrand wordsmith made that pronouncement when he appeared on a radio show that discusses issues that trended on social media in the course of the week.
Nenebi, who is known to publicly sing the praise of Kanye West on his Facebook timeline was asked if he thought Sarkodie was the Kanye West of Ghana, to which he replied, “No. He doesn’t make his own beats so he can’t be Kanye West. He is more of a Jay Z.”
Later in the show when the issue of Yvonne Nelson saying she didn’t know Afia Schwarzeneggar was raised, Nenebi said, “I won’t be surprised if it was just a publicity stunt. We talked about the Kanye West of Ghana earlier. I think Yvonne Nelson is the Kanye West of Ghana. She is a talented actress, she does dope productions and she is great at generating publicity. After watching her movie, If Tomorrow Never Comes, I understood why she held that #DumsorMustStop thing just before the release. The movie is about people suffering and dumsor is also making people suffer so there is a connection between the movie and the vigil.” The Afropop Poetry artist went on to praise Yvonne’s use of social media, commending the fact that she speaks on issues other celebrities shy away from.
During the show, Nenebi also revealed he had a song with actress and Instagram sensation, Moesha Bodoung. Without giving details of the song, Nenebi suggested the song will be released during his upcoming show at Samini’s DanceStardom on June 30th, 2016.
The “Stay Away From Me” writer/performer had a confrontation with a caller who was angered at his saying he didn’t believe in the concept of marriage. Quoting a line from his song Stay Away From Me, a video for which will be released on the said June 30th show, Nenebi said, “God created sex, the priest created marriage. I don’t believe in the concept of marriage but a marriage is a contract so you must abide by your vows and stay faithful to your partner. Committing adultery is a breach of a legal contract” to make a point that he thought adultery should be punishable by law. He suggested open marriage as a solution for adultery saying he had been in an open relationship before, saying he had never loved any girl the way he loved the girl he was in an open relationship with.
Nenebi will be joined by poets Rhymesonny, Chief Mormen and Selikem, comedians DKB, Ajeezay and OB as well as musician like Choirmaster, Danny Beatz and Nii Funny of YookoEbreaki Me fame on June 30th 2016 at the Dansoman-based Dancestardom as he headlines See Me Naked at the Pito Joint. The show will start at 7PM and the rate is GHC30.

LISTEN UP: Jay Ghartey drops new single “You Do All”