by bmensah
in News, Politics
0 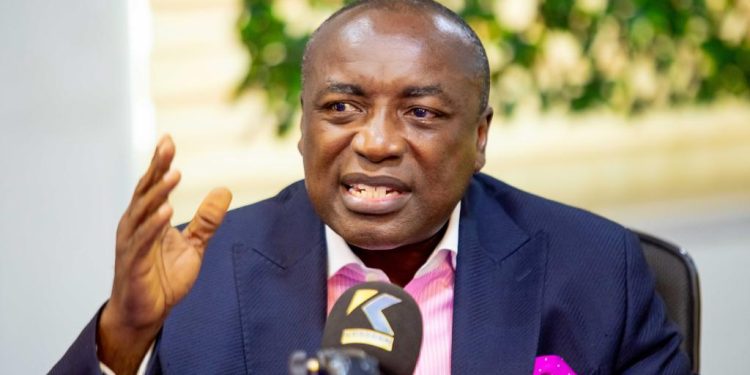 0
SHARES
40
VIEWS
Share on FacebookShare on TwitterShare on Whatsapp

According to him, these drastic actions if taken by the President, will only boost the dwindling confidence of Ghanaians in the country’s current leadership.

This assertion comes on the back of the implementation of the E-levy which was met with stiff opposition by the public.

Speaking on Kesseben FM/TV’s ‘Maakye Morning Show’, the former press secretary to ex President Kufuor, says Akufo-Addo alone has the authority to make decisions to save the economy.
“I have nothing against Ken Ofori-Atta [Finance minister] as a person, but I’m a patriot of this country and when things are not going right, it’s our responsibility to give sound advice. I think the President should listen to voices of reasoning. I don’t hate the government but we’ve reached a stage were some action has to be taken. Because when confidence starts draining out of the economic environment, then some action has to be taken to stem the decline and it has to be drastic ”, he said.

The President of Ghana, Nana Akufo-Addo, defended the levy as an important measure to expand the tax base as part of the Ghana Beyond Aid Agenda.

But until recently, Government says, the tax could not reach its full potential hence the need to go to the International Monetary Fund (IMF) for a bill out.

“If you have a finance ministry that comes to tell the Ghanaian people that if we adopt e-levy, with an estimate of Gh¢6-7 billion, and months down the line you tell us that, government can’t recoup even Gh¢ 6,000 and you go so wide off the mark of your estimate, then there’s something wrong. Then you have to accept responsibility that you’ve got it wrong”, he concluded.