The most shocking lies ever told by celebrities 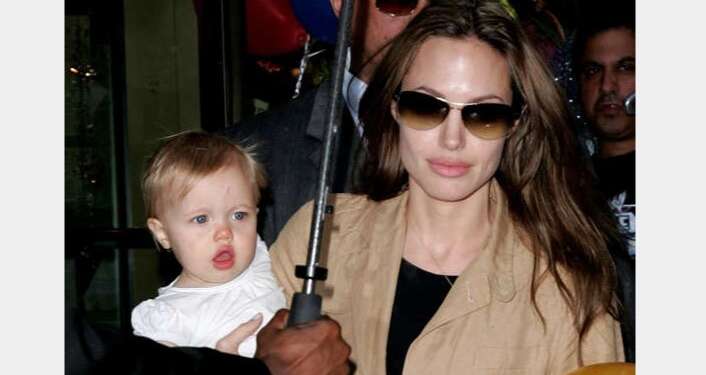 0
SHARES
138
VIEWS
Share on FacebookShare on TwitterShare on Whatsapp

The most shocking lies ever told by celebrities

We all tell lies—it’s just part of being human. And, of course, celebrities are no exception. Some of their lies, however, do have a much bigger impact, because they obviously reach (and often affect) a lot more people. And while lying about your temporary lip fillers might not be a big deal, lying about drug use, plagiarism, and adultery might just be a bit more serious!

In this gallery, we bring you some of the biggest lies ever told by celebrities. Click through to find out what exactly they were

The former couple were in a sexless relationship. Or so Spears claimed. “The virginity issue. It’s a personal decision and it reflects how I feel right now about myself. There are so many emotions involved that I would like to be able to wait until I know I’m with the right person and I’m married.” Though later Timberlake confessed the two had sex. A topic the ‘…Baby One More Time’ singer later addressed as well: “It was two years into my relationship with Justin. And I thought he was the one. But I was wrong. I didn’t think he was gonna go on Barbara Walters and sell me out.”

Paris Hilton denied that she had taken any drugs. She did so on ‘Larry King Live’ after being released from jail. Shortly after, photos of the socialite smoking weed emerged. Years later, she was arrested for cocaine possession.

Tour de France champion, cancer survivor, and overall cycling extraordinaire Lance Armstrong had everything to go down in history as a cycling legend. If it wasn’t for the fact that he cheated…  After years of claiming to be a drug-free athlete, Armstrong confessed to the use of performance-enhancing drugs.

Who can forget the former US President in 1998 saying on TV that he “did not have sexual relations with that woman?” Except he did.

Fab Morvan and Rob Pilatus were huge in the ’80s, until it transpired that they were actually lip-synching. The scandalous news broke after one of the real singers, Charles Shaw (right) came forward. Milli Vanilli had to relinquish their Grammy and a number of lawsuits followed.

Jenner claimed that her fuller lips were achieved by the way she applied her makeup. That is, until she confessed that she had temporary lip fillers. “I have temporary lip fillers, it’s just an insecurity of mine and it’s what I wanted to do … I want to admit to the lips, but people are so quick to judge me on everything, so I might have tiptoed around the truth, but I didn’t lie,” she said.

Kanye West’s 2016 song ‘Famous’ had controversial lyrics about Taylor Swift. The singer’s spokespeople said that the lyrics had never been approved by Swift. However, later a video of a phone call between the two surfaced on the internet, and it looks like Swift was well aware of the song and not phased by it…

The rapper lied in court about the involvement of her co-manager and bodyguard in a shootout, and witnessing it. However, security camera footage showed otherwise. She ended up serving about a year in prison.

During Brad Pitt and Jennifer Aniston’s divorce proceedings, Jolie claimed that there hadn’t been adultery. However, just a few months after the divorce, the actress announced that she was carrying Pitt’s child. It is now known that Brangelina started way earlier.

In a 2007 interview, Kardashian denied the existence of a sex tape. “There is no sex tape! Ray J’s not the kind of guy who would do something for revenge. There is no amount of money that could ever convince me to release any tape, even if I had one. I don’t need the money,” she told Complex. Fast forward a few months and it turns out there was a sex tape! “I apologize for not publicly being honest, but no one wants to hope that that’s the truth and you hope that will never come out so I felt like at the time that’s all that I could have said,”

Malik said he had left One Direction because he wanted a break from the spotlight and just to have a normal life.But he wrote his first solo song just one week after leaving the boy band. And not long after, he had a successful solo album out. How’s that for a regular life?

During a game show in 2008, the rapper said he was from the Valley (an area in LA). In fact, Tyga is actually from Compton (another area in LA).

“We literally wrote the song in about a half hour and recorded it,” Thicke told GQ about his 2012 controversial hit ‘Blurred Lines.’

But it turns out the song was a rip-off of Marvin Gaye’s ‘Got to Give It Up.’ Though Thicke was not the first artist to be accused of plagiarism

Steward once lied to federal investigators about why she sold ImClone shares right before the stock price plummeted. She did so because she obtained information beforehand that the product wasn’t approved by the FDA. Steward ended up going to jail.

Recalling his covering of the Iraq war in 2003, the journalist distorted the facts. At one point, he said his helicopter was hit by enemy fire and forced down, when in fact this happened to the chopper if front of his.

The actor lied about being in the World Trade Center on 9/11. “I was not at the Trade Center on that day. I don’t know why I said this. This was inexcusable. I am truly, truly sorry,” he later said.

Like many other stars, including Jennifer Lopez, the rapper lied about her age.