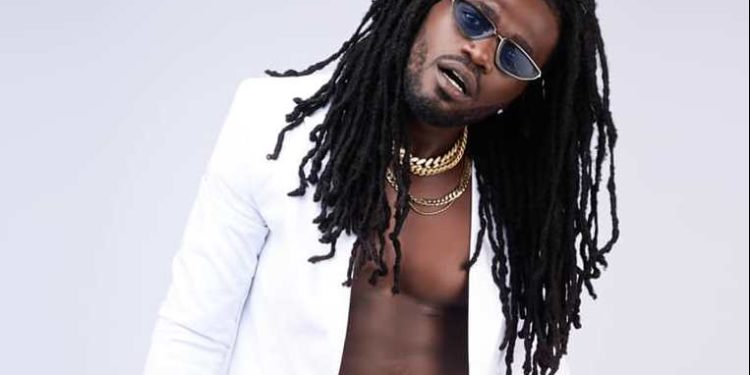 Ayisi’s second studio release, “The Unbroken” is his most focused and lengthiest solo project to date, producing a string of surefire hits atop an unbeatable style of Afrobeat. ‘’The Unbroken’’ is available on all digital streaming platforms worldwide here: https://ayisi.lnk.to/TheUnbrokenAlbum

After his collaborative venture with rapper, E.L on 2019’s “The Linkop’’ and the ensuing horror movie of a year called 2020, Ayisi began to quietly share bits of what would eventually become his next studio album, “The Unbroken”. He did this by slowly recording his way to perfection over 19-tracks that borrowed beats from producers Kuvie, TMXO, Acekeys, E.L, Sparxx and Genius Selection. The outcome? Enjoyable, especially considering its duration.

Ayisi’s style hits lots of highs with varying levels of success and produces a string of surefire hits in the process. Everything he throws at you simply sticks and when it doesn’t? That’s okay because Akan, Obrafour, Prince Bright and Efya are right there to pick it up with him on their respective outings; ‘Accra’, ‘Boa Me’, ‘Kawa Sane’ and ‘All For You’.

But Ayisi does pretty much well on his own for the most part. His last pre-released single ‘Antiso’ for example touches on this in a quite literal sense. There’s also lots of spiritual connotations on the singer’s solo outings, with the album’s preceding singles, ‘Prayer’ and ‘Blessings’ being his way of pushing inspiration through stories – brow-raising ones, like about how he survived a motor accident. “Motivation is the force behind this new album”, Ayisi told Elite PR on the phone while talking about his new album and we must agree, such an enjoyable trip can’t be born out of boredom, only sheer motivation.

Don’t miss out on Ayisi’s unbeatable style and groovy melodies on his new album which is sure to flood countless playlists in the days ahead.

Any alternatives to the International Monetary Fund (IMF) Africa should be looking at?

Amb. Thomas-Greenfield calls for partnerships to address the rising food insecurity in Africa

Amb. Thomas-Greenfield calls for partnerships to address the rising food insecurity in Africa