TOR will not engage any foreign investor – Management 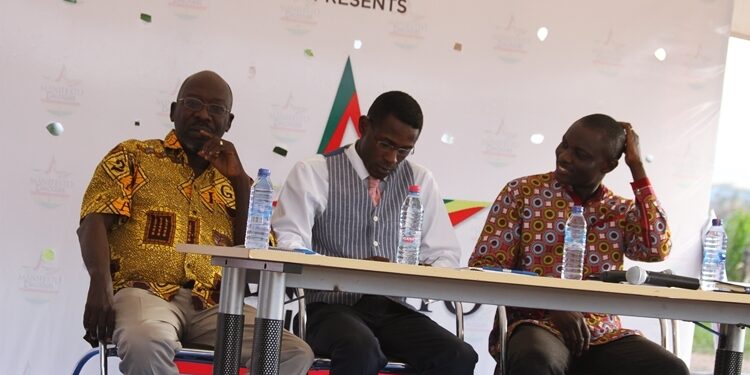 The management of the Tema Oil Refinery (TOR) says it has no intention to engage any foreign strategic investor in the company’s profitability drive.
According to the acting Managing Director of TOR, Mr Kwame Awuah Darko, the refinery did not need a foreign partner to ensure efficiency of its operations.
In an interview with the Daily Graphic in Tema on Sunday, he indicated that managers of the refinery had found a local solution to the challenges of the company and that the needed capacity was all in place to restore the company to its former glory.
“I am a firm believer that state institutions can work profitably just like any private entity,” he said.
“TOR currently has a success strategy which doesn’t require any foreign partnership,” Mr Awuah-Darko added.
Strategic investor
In 2014, the government announced that it was entering into an agreement with Saudi Aramco, also known as Petro Saudi, of the Kingdom of Saudi Arabia to revive the refinery which had been left in tatters since 2009.
The arrangement was to revamp TOR’s operations with capital injection from the investor.
The refinery, however, received a boost and bounced back in January 2016, after it secured a deal to refine crude oil for the Bulk Oil Storage and Transportation (BOST) Company under a tolling arrangement.
Mr Awuah Darko indicated that the arrangement with Petro Saudi had elapsed legally and officials of TOR were taking legal advice to wash itself of all obligations that tied it to the investor.
He indicated that the joint venture agreement between the government, on behalf of TOR and Petro Saudi had not been operated, since TOR was not able to meet the pre-conditions set by the foreign investor at the time.
New furnace
He hinted that a new crude oil furnace installed at a cost of $8 million would be commissioned in July to increase the production capacity of the Crude Distillation Unit (CDU) to 60,000, from the present 45,000 processing capacity.
The furnace, which was procured by the previous management from the $30 million capital injection made available by the government in 2010, will enable the CDU to produce some 60,000 per stream day from 2017.
“The idea is to be able to produce quality fuel to meet 50 per cent of the total national consumption and also for export to neighbouring countries,” Mr Awuah Darko added.