Tracy Boakye finally revealed her soon to be husband 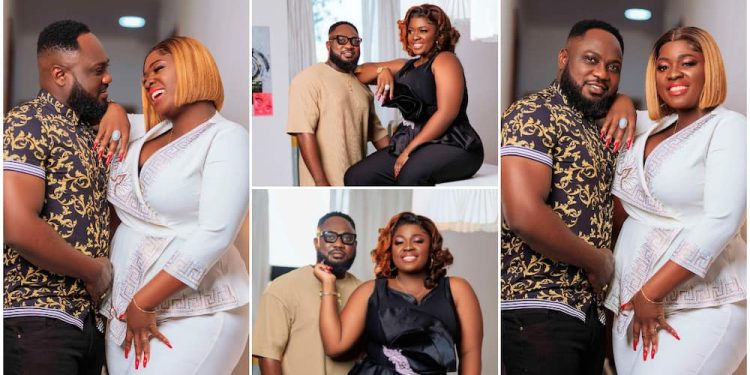 Tracy Boakye finally revealed her soon to be husband

Popular Kumawood actress, and movie producer Tracy Boakye, has officially unveiled her soon to be husband on social media as she prepared to tie the knot.

The actress has been posting pictures of the upcoming wedding. According to the actress, the ceremony is going to be “the wedding of the year”.

The man in question is Frank Badu Ntiamoah, a professional Ghanaian actor who currently resides in Germany between Bremen and Hannover. Frank and actress Vivian Jill were the leading actors in the 2018 Kumawood movie sex list.

In a recent Instagram post, Tracey thanked her man and shared a pre-wedding picture of them twinned. As she sat on her future husband’s laps, Tracey Boakye was beaming with happiness.

Mr. Ntiamoah also took to his his Instagram page to share some of the pre-wedding photos
“thanks for accepting to spend to spend the rest of your life with me Yaa @tracy-boakye I LOVE YOU #Francy22”. He wrote.