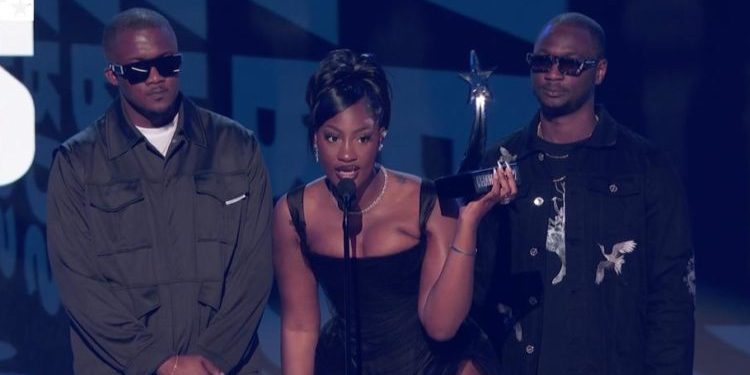 The Best International Act at the 2022 BET Awards was given to Temilade Openiyi, also known as Tems, a Nigerian musician.

She outperformed a long list of other performers, including Dave, Little Simz, and numerous others.

The native of Lagos dedicated the honour to every single woman who might not have thought she was capable of pursuing her aspirations. Tems remarked as she accepted the prize, “Where I’m from in Lagos, this is a dream; when you’re watching me, see yourself as me, you are meant to be here, too.”

The Lagos native began singing when she was about 13 years old and producing when she was 20 years old, despite the appearance that her climb to fame occurred quickly. Her debut song, “Mr. Rebel,” which she recorded herself and published in 2018, will be remembered by her first supporters.

Check out other artists from the category.

Comparing me to Teni is not a problem – Ladé

Comparing me to Teni is not a problem - Ladé