by bmensah
in Arts, International Entertainment
0 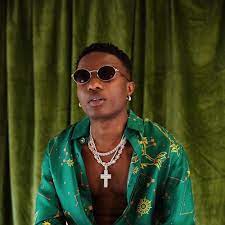 Nigerian afro-beats act, Wizkid, has been adjudged as the Best African Act in this year’s edition of the MTV Europe Music Awards (EMA).

MTV base officially named and congratulated Wizkid on social media for his victory via their Twitter handle.

“HUGE congratulations to BIG WIZ @wizkidayo for winning Best African Act! From Lagos to the world,” the post read accompanied by a 15-second video with the picture of Wizkid.

Wizkid has been named as the headline performer for this year’s “Afrochella Music Festival” in Ghana, performing alongside Tems of Nigeria and Stonebwoy from Ghana.

GCB Bank launches ‘Win Like a Gee’ for G-Money Customers

Actress Princess Shyngle laments on the difficulty in getting pregnant

Actress Princess Shyngle laments on the difficulty in getting pregnant