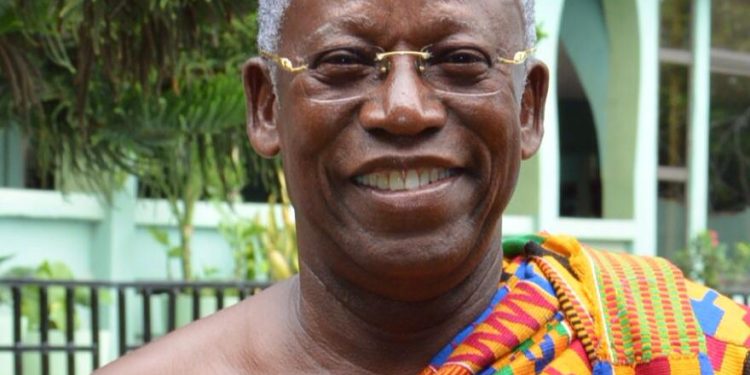 Founder of the African University College of Communications (AUCC), Hon. Kojo Yankah has advised parent to put the interest of their children first.

According to Mr. Yankah, as father, you have to be selfless to be able to give your children the best of education.

Reminiscing his early days as young students, he revealed that his father never bought new shirts for 10 years because he was devoted in sacrificing for, he and his siblings to make it in life. “So, the point I’m making is that, the value you put in education also dictate how well you can look after your children.”

Taking his turn on the Y Leaderboard Series aired on Y107.9 FM’s “Myd Morning Radio Show with Rev Erskine the former Agona East MP said, “As a parent, if you think about yourself first, you’ll probably not take good care of your children, you won’t be able to give them the best because you always want to buy the latest car and other things. My father was a selfless man and he invested into our education and that the best gifts he gave us.”

He continued to advised parents that “there is no investment greater than educating your children, when you give them education to certain level, and you don’t leave them any property is a great thing to do. So that where I love talking to parent, keep an eye on your children, sacrifice for them.

Kojo Acquah Yankah is a former Member of Parliament in Ghana. He also served as a Minister of State in the Rawlings government. He is the founder and President of the African University College of Communications and is also a former editor of the Daily Graphic, the widest circulation newspaper in Ghana.

Close-up with the legendary Statesman, Hon. Kojo Yankah on the Y Leaderboard Series

Close-up with the legendary Statesman, Hon. Kojo Yankah on the Y Leaderboard Series