by bmensah
in Entertainment, YFM Accra
0 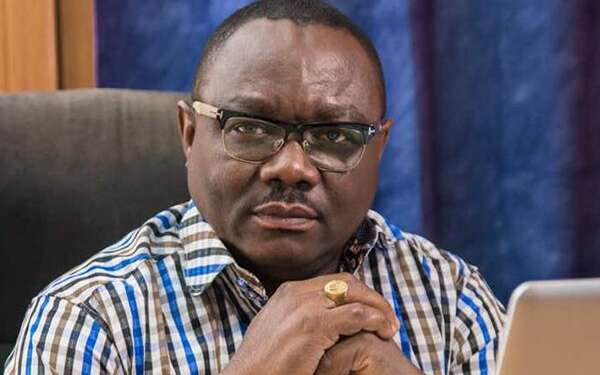 Ivan Quashigah, one of Ghana’s finest creative directors and film producers has shared his journey through life on another impactful episode of the Y Leaderboard Series on YFM.

The Chief Executive Officer (CEO) of Farmhouse Production in an interview with Rev. Erskine, rolled out his life through childhood, the uncertainty about his education, the hustle and tussle in his career among other things to inspire the younger generation.

With his father recruited into the military at an early age, young Ivan Quashigah had to spend his entire childhood with his aunty and a strict but exciting grandfather.

As a child, he dreamt of becoming a lawyer but his early exposure to the cinema experience and advertising movies had a great influence on his life and career. “I used to carry a cinema board with a film poster on it together with my cousins. We walked around the Keta township, ringing a bell and singing, shouting and calling attention to the film that will be premiered in the cinema that night. We advertised around town so in the evening we’d go and watch for free. I would say finding myself in the movie Industry is fate, because I came from a home where there was no electricity and could barely watch the TV,” he said.

He also recounted when he had to promote his grandfather’s events, where he developed his creative skills, picking up lines from hit songs at the time to be able to make the event attractive and sell to the people of Keta.

Relocating from Keta to Accra, Ivan had the privilege of living with his father. Unfortunately, his dad’s arrest during the era of coup d’état shook his hopes of furthering his education, at the time he was admitted into the National Film and Television Institute (NAFTI). “Fortunately for me, when it happened, I had already released my own destiny in my hands so I had already started doing side jobs and other things to survive. At that time, I was quite awake to realities of life and I had made up my mind that I was going to do this,” he added, as he explained how he was able to come out of that hopeless situation.

Today, Ivan is regarded as one of the backbones of the Ghanaian film industry who has produced exciting yet educative films such as ‘Things We Do for Love’ and ‘YOLO’. In all of his days as a film director and producer, he mentioned Adjetey Anang to be the best actor he has ever worked it when he first produced ‘Things We Do For Love’. “Pusher was a very difficult role to play but Adjetey was able to play that role to perfection. What made ‘Pusher’ unique was his style of walk and it was very difficult for people to take that role but he researched into it and played the character perfectly. ‘Pusher’ and Adjetey Anang were different characters altogether. Adjetey is a very quiet and calm person by nature whilst ‘Pusher’ was not but he pulled it off and this tells you the kind of actor he is. To me, he is always the best actor.”

In his submission, the CEO of Farmhouse Production used the opportunity to advise the youth to always put to book their aspirations and goals, to not only serve as a reminder but to also ring in their minds a sense of purpose. This he explained worked for him in his youthful days as he chanced upon a teaching by Pastor Mensa Otabil. “I used to be a cameraman for International Central Gospel Church (ICGC), one day I listened to Pastor Mensa Otabil, when he taught about setting your goals, how you can achieve your goals and how you need to write your plans down. I started practising them and wrote down my goals. It helped me to know the next step to take right from my first year in school.”

Programmes Manager of YFM, Eddy Blay expressed, after the interview, that this time with Ivan has been one of the motivating sessions on the radio. “Every youth who listened to Ivan today will definitely be inspired about something. It is a great feeling to have accomplished personalities speak to the youth from the heart.”