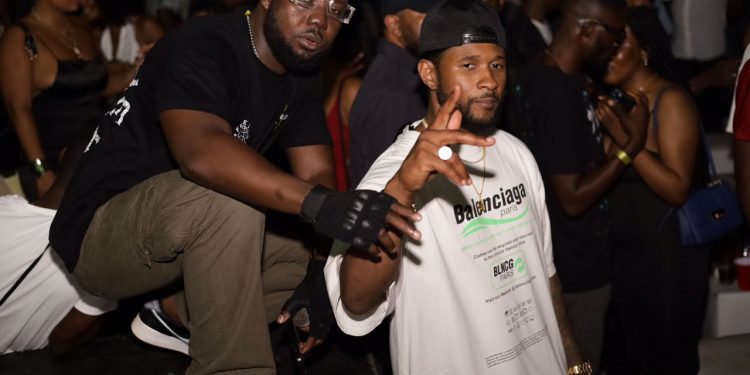 0
SHARES
89
VIEWS
Share on FacebookShare on TwitterShare on Whatsapp

Kojo Manuel, proved to Ghanaian party lovers and the world why he is touted ‘King of the M.I.C’, setting the party atmosphere to the highest degree, and holding the crowd together with jamming tunes as a precursor to the main event.

Thank you for the love, Ghana 🇬🇭🫶🏽
You guys showed the whole world how amazing we are as Ghanaians! This is why I wear that Black Star jersey!
Shouts to @DjMicSmith 🔥#GlobalCitizenFestival #AreYouMad pic.twitter.com/q9Z4QthJWc

The illustrious Ghanaian DJ, Mic Smith from the turntables flagged Ghana’s music up high with back-to-back hits from the High-Life era through to Azonto and a blend of new school music.

The only hype duo of the night wowed fans after an enthralling display, holding patrons together as early as 3 pm down to 7 pm when the festival officially began and maintaining audience retention in-between performances.

Hey @KojoManuel, we appreciate you. You hyped the crowd throughout the day. Don’t stop! #3Xtra #TV3GH pic.twitter.com/rKb1iHTwyf

Overwhelmed patrons who were present physically and those who joined virtually, took to Twitter to express their pleasure at the performances of the Hype duo at the 2022 Global Citizen Festival.

leave it or take it, pops @KojoManuel is THE GREATEST MC/HYPEMAN youd ever find in our time!! ❤️💐 greatness OVERLOAD 🌋🚀#areyoumad

Far Gone!! On this day, millions watched my brother Kojo Manuel do his thing on a Global stage! https://t.co/l5kzR6HQBK

Look, @KojoManuel you were incredible yesterday. The way you held the crowd together from 2:30pm to 6pm when the performances began is unreal. Bless the hustle, brother! 🙌🏾

Kojo Manuel and DJ Mic Smith are the official radio hosts for Y107.9 FM’s “Drye of Your Lyfe”, airing on weekdays from 3 pm – 7 pm and has gained traction as Ghana’s evening ‘Chauffer’.

The star-studded event held at the Black Star Square also witnessed performances from Ghanaian artistes and other artistes across the world.

The Global Citizen Festival has been the longest-running international initiative to eradicate severe poverty and empower the girl child. It unites millions of people, whose voices are amplified by the biggest musicians in the world, to call on global leaders to take action ‘NOW’ against poverty and encourage equality.

Ghana’s first ever Global Citizen festival was touted as one for the books after an epic night with top-notch production and awesome performances from Gyakie, Stonebwoy, Sarkodie, Stormzy, Sza, and Usher (official headliner) among other acts.