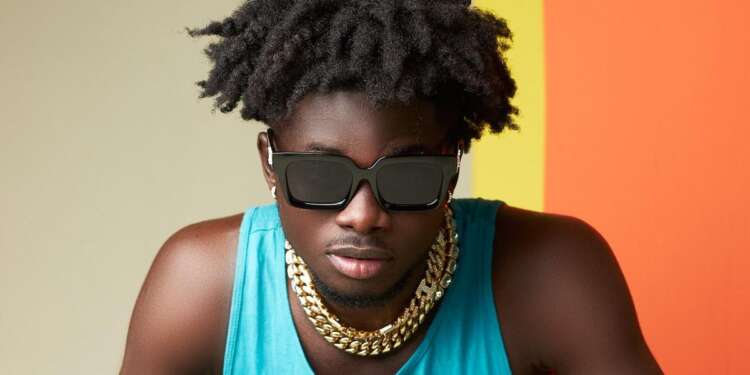 Ghanaian afro-highlife sensation, Kuami Eugene, has disclosed that featuring international artistes on songs is needless and not a requisition to be acknowledged on the international market.

Speaking with Y 107.9 FM’s Kojo Manuel during the ‘Dryve of your Lyfe’ show, the ‘Bunker’ hitmaker explained that getting recognition on the international market does not require artistes to feature international acts. He added that Nigerian artist CKay had one of the biggest songs in the world but did not feature any international act but himself and Joe Boy of Nigeria.

Asked what he thought was the right thing to be done, the ‘Rock Star’ mentioned that what was necessary and needed for Ghanaian artistes to be recognized globally was the connections they made with promoters in other countries and the collective force from Ghanaians to push their songs.

“I think what is important is the connection with the international market and the forces, I keep saying the forces because the last time Ghana went up there was because we had a lot of forces behind it. Anytime you see something from Ghana up there, there is a collective effort that pushes it,” he said.

He, however, disclosed that he had up upcoming features with foreign artistes he could not disclose until the songs were released.

“But I have a lot of big features in the pipeline that I don’t want to talk about because I have been told not to disclose it. I have had a few big people who have been listening to my songs and want to collaborate with me and we are working on that,” he added.

Kuami Eugene who is known for his unique highlife and afro-beats style is currently promoting his new 5-track Extended Playlist (EP) dubbed the ‘Afro-Highlife EP’. The EP is a fusion of Highlife and Afro-beats genres.