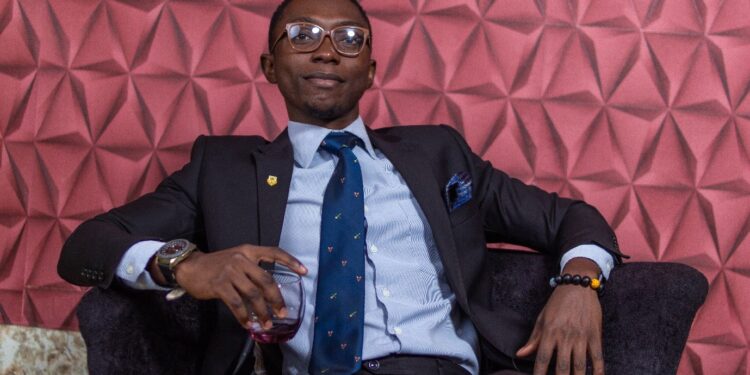 0
SHARES
24
VIEWS
Share on FacebookShare on TwitterShare on Whatsapp

Simply known as “Macall” or “The Axeman” , Enoch Macall Mensah is an On-Air-Personality, professional Marketer, Events MC and an entrepreneur who was born in the early 90’s in Tarkwa in the Western Region.
He is first among 5 sibilings. In the early 90’s his family moved to Takoradi where he had his Basic education at The Nest School Complex and proceeded to the college of Greats -Adisadel College in Cape coast. He had his University education at Pentecost University with BSc Marketing as his major.
He started his radio career in 2014 with Melody FM in Takoradi. Throughout his stay there he went through the ranks from an intern producer to finally ending up as the host of the biggest Sport morning show (Sports Breakfast Show) in Western and Central regions. Throughout these years he has hosted a lot of events from weddings to parties to corporate and recently hosted the red carpet of the 2019 Western Music Awards.
His style of delivery, frankness and thought provoking analysis of major issues in all sectors has made him one of the most listened to voices on radio and TV in the Western Region. He is currently in the Head of Sports and the Host of Y Sports on YFM 97.9MHZ in Takoradi and also the Manager of De-Grace Limited (a building material departmental store)