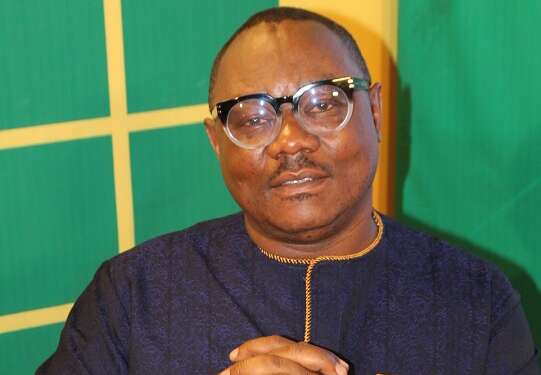 Film maker and producer, Ivan Quashigah has disclosed that Ghanaian popular actor Adjetey Anang is the best actor he has ever worked with.

According to him, the actor can take on any role given to him and that shows how good of an actor he is.

Speaking about one of the best television series ever to hit Ghanaian screens, ‘Things We Do For Love’, on Y107.9FM’s Leaderboard series with Rev.Eskine, the film maker said, “the character ‘Pusher’ was a very difficult role to play but Adjetey was able to play that role to perfection.”

“What made ‘Pusher’ unique was his style of walk and it was very difficult for people take that role but he researched into it and played the character perfectly. ‘Pusher’ and Adjetey Anang were different characters all together. Adjetey is a very quiet and calm person by nature whilst ‘Pusher’ was not but he pulled it off and this tells you the kind of actor he is. To me, he is always the best actor,” he said.

The Chief Executive Officer (C.E.O) of Farmhouse Production mentioned he got the idea of ‘Pusher’s’ unique walking called ‘galley’ from seafarers who walked like that in his hometown Keta.

“The walk of ‘Pusher’ is something I picked from Keta called ‘galley’. It was how seafarers walked to show that they had come back from sea. When we were discussing the characterization of Pusher, I thought he should have that walk to make him unique.”

‘Things We Do For Love’ is a Ghanaian television series which was telecast in 2003 to educate youth on a healthy sexual lifestyle.

I had no dream of venturing into film making – Farmhouse CEO