I had no dream of venturing into film making – Farmhouse CEO 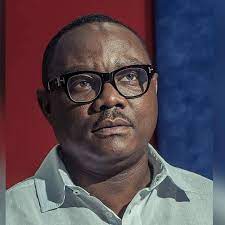 0
SHARES
29
VIEWS
Share on FacebookShare on TwitterShare on Whatsapp

Ghanaian Creative Director and CEO of Farmhouse Productions, Ivan Quashigah has asserted that he never planned to end up as a film maker.

Talking about his interests growing up, he mentioned that although he had interest in arts and movies, he never thought of being a film maker.

“Generally when you’re young and you are asked what you want to do when you grow, you mention all the big professions like being a lawyer, doctor and the many others because those were the ideal professions we knew of growing up. Being a film maker was not one of those so I never dreamt of becoming a film maker,” he said.

Coming from a family line with roots in the arts, he stated that although he enjoyed the drama, liked to watch people on stage and loved how they even carried themselves, he still never saw himself play any of such roles.

Speaking to Rev Erskine on Y107.9 FM’s YLeaderboard Series on the Myd Morning Radio Show, he said, “Most of my family members were already into arts and although I saw them doing all the things they did, I didn’t know it will have any impact on me in terms of building my creativeness until I got to film school.”

He revealed that, he has always wanted to be a lawyer because he loved poetry, writing and reading. “While entering secondary school, becoming a lawyer was the thing but when I entered into NAFTI, plans changed.”

He believes that the environment he found himself in played a huge role in him becoming a film maker.

Ivan Quashigah is well known for producing and directing the award winning television series ‘Things We Do For Love’ and recently, Yolo.

Pen down your goals and targets – Ivan Quashigah advises the youth