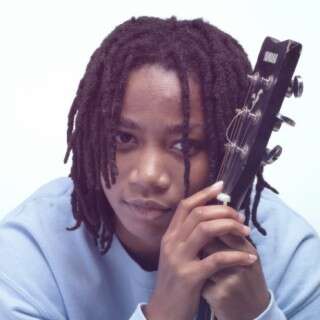 0
SHARES
104
VIEWS
Share on FacebookShare on TwitterShare on Whatsapp

Contemporary Ghanaian recording artist, Baaba J, who holds comparisons to Asa, is a singer/songwriter who traces elements of Soul, Pop, and Alternative sounds together to create compositions that make her standout from the next person. During an interview on the YLounge with Akosua Hanson and DJ Kess, she gave us an insightful look into her debut project, Lumumba St, and the message behind each track on the extended play.

Defining the first song, Intro, and the power it holds.

Intro is about good people. There are some people who are just good, you know? Very good, no matter what. There are times when things go badly in their lives, but they happen to be good all the time. So in the track, I was just comparing myself to someone that I know, and how I try to be good, but then I can never be as good as that person because they are just too good. It’s basically about good people in general. For example, I can be very annoying, and sometimes I get angry and some people find the patience for me. Like my producer and cousin, Mick. He has so much patience for me, and I’m so grateful for him.

For Black Or White, we bought the beat. My producer and I heard the beat, and I said: “Wow this is a good beat,” then we bought it, I wrote the lyrics and he mixed and mastered it. Everything else was done by him. For this song, I was actually inspired by police brutality and discrimination. All those things were too much. During the pandemic, everyone resorted to being on their phones, so you could see everything that was going on around the world, and it was so much and I felt like I should write about it because people were suffering, and it’s something that has been happening in Nigeria, the States, the UK. Even in Ghana, they profile me because of my hair [Dreads], and it is so unnecessary and uncalled for. I don’t understand why we should discriminate against each other based on looks, because I wouldn’t do that.

Play Along; an anthem that states: “Don’t play along.”

Earlier, I was saying that I put out the EP because I didn’t really care what anyone else was doing. I was trying to see who was making music like this, so I could find somebody to follow and learn from, and there are so many good artists in Ghana. However, there isn’t anyone who is doing what I am doing, and I felt like I should stop waiting for someone to start. I decided to lead the way, and I have. I’ve seen a lot of amazing upcoming acts that make amazing music too, so it’s a message to not play along; just do you even if it’s different, even if it’s new, even if it’s strange, just do you.

Breaking down Tomboy & the never-ending struggles of a tomboy.

Most of the time, people see me and ask if I’m a boy or a girl, and my response is usually: “what do you see? Pick one and go.” Tomboy is me saying that I’m a tomboy, it’s not new, it has been there. It’s a thing, we exist. So I’m trying to say I am a tomboy and it’s not that deep, so let’s move on.

Baaba J grew up in Tema and drew inspirations from names like Rihanna, Beyoncé, and Samini, and listened to a vast collection of Reggae as well. Stemmed from her childhood experiences and memories, her song, Lumumba, written in both Ga and English, stands as a clear depiction of home, and describes how she’ll always find her way back home.

She went on to share that although she only started making music professionally for over a year, without any vocal training aside from singing to herself, her EP has been attracting great reception since it’s debut in January. She further elaborated that the project recently started getting recognition on Twitter because of CheeseWave, an online community that helps push underground acts who don’t have enough reach of their own.

Lastly, her upcoming body of work, Donum Dei,  which translates to “Gift Of God,” is expected to be released by the end of 2021, and while fans wait for that project, the music video for Tomboy is on YouTube and other streaming platforms such as Apple Music, Spotify, and Boomplay.