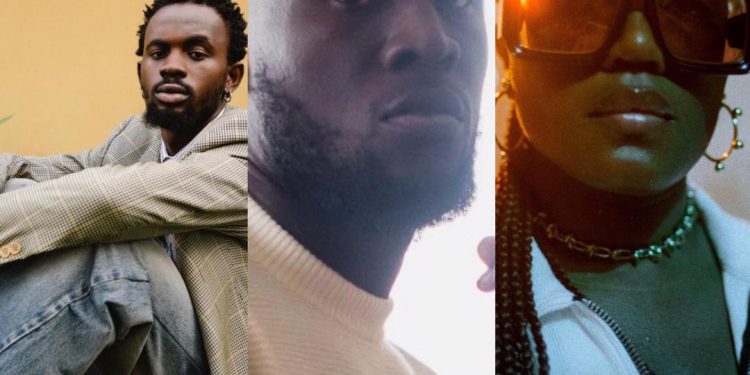 Black Sherif & Amaarae feature on Stormzy's upcoming album, 'This Is What I Mean'

Ghanaian-British rapper Michael Ebenezer Kwadjo Omari Owuo Jr who people know as Stormzy has released a video cast of astonishing international artistes featured in his forthcoming album release titled, “This Is What I Mean”.

On the new album slated for release on Friday, November 25, the award-winning British rapper seems to be committed to identifying with his African heritage featuring the hottest Ghanaian trapper, Black Sherif, Amaarae and Juls.

Ayra Starr, Teni, P2J, Oxlade, Tempoe, and Ms. Banks are the notable African artistes to appear on Stormzy’s cast of “This Is What I Mean” album

Ghanaians have shared delight in anticipation to the album come Friday. See some reactions below:

Both Amaarae and Black Sherif on Stormzy’s album 🇬🇭🇬🇭❤️ https://t.co/C0cNQlhqTq

Black Sherif about to do his things on this album again. All hail Blacko