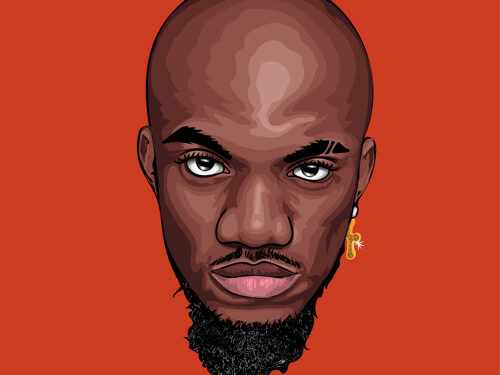 Fast rising Ghanaian musician who started out as a dancer, Andrew Nii Commey Otoo known in music circles as Mr. Drew has revealed that a broken heart he suffered some years ago placed him on a professional musical path.
He made this revelation in an interview on Happy 98.9 FM’s ‘Ayekoo After Drive’ with DJ Advicer. He revealed that his friends used to tell him he could do music because he usually sang along to songs during their dance rehearsals. But it was after his girlfriend left him that he ventured into professional music.
“I had this girlfriend who was into beauty pageants and broke my heart. After my girlfriend left me, I started going to the gym to work out and that was when I chanced upon the hit maker flier,” he said.
The ‘Dw3’ hit maker noted that his friends encouraged him to try out because they knew he could do it and it was also to help him get over his girlfriend.
He revealed that when he got to the auditions, everyone started asking whether he was there to dance for someone but they did not know he was there for himself.
Now, the Mr. Drew musical story has evolved from being the first runner up of MTN Hitmaker 6 and keeps unfolding with Ghanaians enjoying his music.
Mr. Drew is set to release a new song title ‘Eat’ which features dancehall god, Stonebwoy.
By: Joel Sanco

I used to send requests to shows for my own songs to be played-Mr. Drew