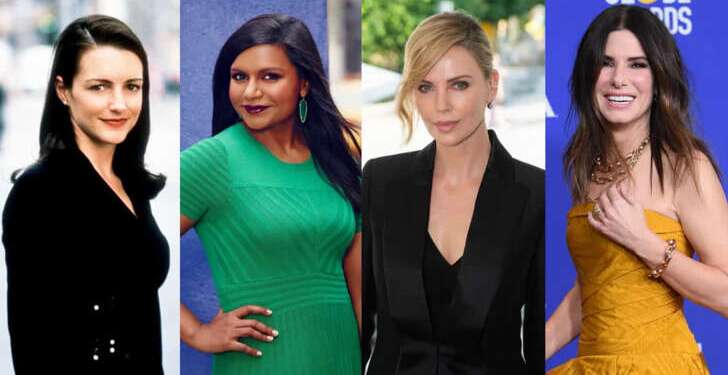 Being a parent is no joke, and it’s even harder when you’re doing it alone. Despite the modern times we live in, there’s still some stigma around being a single woman raising a child. Many Hollywood stars have taken on the challenge of being a single mother by choice, while others are just dealing with unexpected circumstances. Either way, they’re showing the world that you can still be successful while raising kids without the support of a partner. They’re also making it clear that it’s not easy and that single parents deserve some serious appreciation!

Iggy Azalea shared the birth of her son Onyx in June 2020. A few months later came news of her breakup with Playboi Carti, Onyx’s father. On Instagram, she declared that she is raising her son alone and loves him beyond words.

Mindy Kaling is another single mother who keeps her family out of the public eye. She gave birth to her daughter Katherine in 2017, and has never shared a picture of her face. In October of 2020, she surprised the world by introducing her second child, baby Spencer, who she had secretly given birth to in September. She is a proud working single parent, and has not disclosed who the father is.

Oscar winner Sandra Bullock is the mother of two adopted children, Louis and Laila. She decided to adopt her first child after her marriage to Jesse James ended. She adopted her son Louis, and three years later came her daughter Laila. Bullock now has a long-term boyfriend, but she committed to solo parenthood and thrived with it for years.

Charlize Theron revealed that she always wanted to adopt. Her mom found a letter she wrote when she was a kid that said, “Would you please take me to orphanage, so that I can go and adopt a baby?” She now has two adopted children, Jackson and August. Although she keeps her family life extremely private, Theron shared that young Jackson is transgender, and requested that the media use the correct female pronouns.

‘Top Chef’ host, author, model, and activist are just a few of the roles Padma Lakshmi boasts on her vast resume. In 2010, she gave birth to her daughter Krishna, and added strong single mother to the list! Lakshmi says that single motherhood is the only way of life she’s ever known, as she was raised by a single mother herself. She was told she couldn’t have children, so when she had Krishna she was “kissing the sky with happiness about it.”

Connie Britton lost both of her parents within three years of each other. This reminder that life is short motivated her to go after what she wanted. Britton adopted her son Yoby from an Ethiopian orphanage. She wasn’t in a relationship at the time, but says she just thought, “This is something I want to do. I can do it.”

Meg Ryan, queen of the ’90s rom-com, dated actor Dennis Quaid for years and had one son with him. After they separated, she decided to adopt another child by herself. She adopted her daughter Daisy in 2006 and said, “I am convinced, completely convinced that there was nothing random about it. She is the daughter I should have.”

‘Mad Men’ star January Jones had her son Xander in 2011 and hasn’t shared the identity of his father. She has been open about the fact that she doesn’t need a partner to raise her child. Jones told Red Magazine that it’s good to have a strong female figure in a man’s life, to teach him how to respect women and show him it’s okay to express emotions.