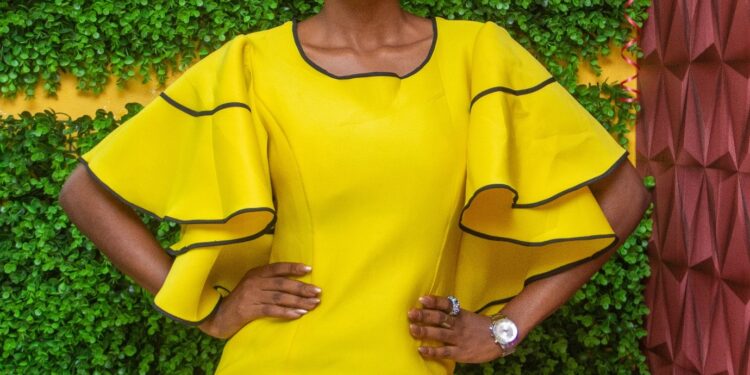 Maxlyn Chelsy Sey is a Radio Broadcaster at Yfm Takoradi under Global Media Alliance. A Journalist, an Event Organizer, an Entrepreneur, a Philanthropist and a Global Women Activist. Prio to joining Yfm Takoradi she was the host of a relationship talk show “Real Talk” and the Co Host of the Drive on Paragon. Her hard work contributed to the station becoming Number 1 in the Western Region for several months. She is also the host of self titled shows “Chelsy’s Lounge, a relationship talk show on social media
Chelsy Sey holds a First Degree in Procurement and an HND in Textile Design at the Takoradi Polytechnic now known as the  Takoradi Technical University
As a Social Media Influencer she believes in building a Solid  Competitive Brand across the Globe. Her objective is to inspire and right the wrong notions about relationships as well as  encourage a peaceful and responsible home for the younger generations. She aims at becoming  a powerful media brand and a global women advocate.
Having the flare and knowledge of how effective communication can touch and transform lives especially through a medium, Chelsy Sey as she is affectionately called hosts the RyseNShyne an entertainment breakfast show on Yfm Takoradi every weekday.
She has hosted and interviewed heavy weights in the world of entertainment such as Pappy Kojo, Daughters of Glorious Jesus, Joe Mettle, Lydia Forson, Adjetey Annan, EL, Samini, Kofi Kinatta, Kwabene Kwabena, Rex Omar, and many others.
She aims to influencing  the future generation and serves as a formidable voice  and brand  for positivity and encourages ladies and women  to go all out to fulfill their dreams and ambitions without fear of intimidation
It takes just as much skill to successfully know how to handle a crowd in between acts as it does to entertain them and a Household name Chelsy Sey is awesome at it. She has been a great force when it come to mastering ceremonies and leaving her audience wanting more. Chelsy Sey hosts both formal and  social events in and around the country. Her major events include the maiden edition of the Western Music Awards, the Westwood Movie Awards, Annual Presidential Ball and Fund Raising Dinner for the Sekondi Takoradi Rotary Club, Business Empowerment Summit and lots of weddings.
www.iAmChelsySey.com
Twitter & Instagram: @iAmChelsySey
Facebook & LinkedIn: Maxlyn Chelsy Sey