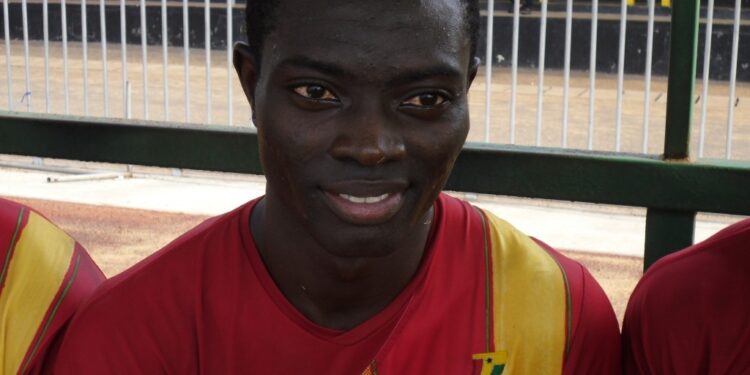 Former Hearts of Oak mercurial attacker, Uriah Asante is reported dead following a cardiac arrest, HappyGhana.com has gathered.
Uriah joined Hearts of Oak from Pure Joy FC and later left the Phobians to join Tunisian giants Etoile Du Sahel and then EGS Gafsa before sealing a one-year deal with Bahrainian side Al Riffa.
Uriah [played for Hearts of Oak in the 2011-2012 season and was part of Ghana’s Olympic team that won gold at the 2011 All Africa Games in Maputo.
The talented playmaker died at a ripe age of 24.