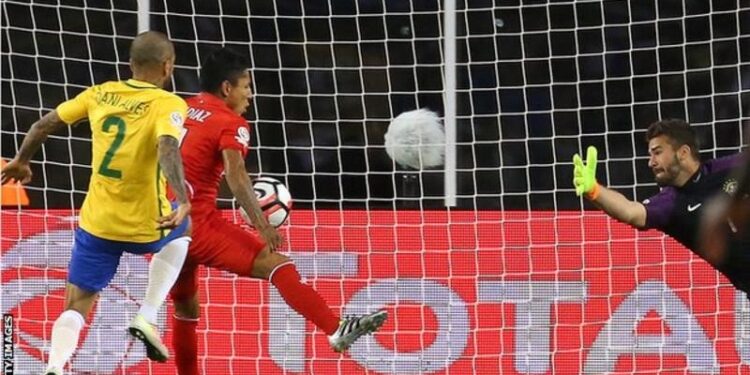 Brazil coach Dunga says he is not worried about his job after his team crashed out of the Copa America, insisting: “I am only afraid of death.”
Brazil lost 1-0 to Peru to exit the tournament at the group stage for the first time in nearly 30 years.
But the five-time World Cup winners complained that Raul Ruidiaz’s 75th-minute winner at Foxborough Stadium in Massachusetts went in off his hand.
“It was such a clear handball,” said World Cup-winning captain Dunga.
Brazil’s players protested to Uruguayan referee Andres Cunha, but he decided to stand by his decision after consulting with the fourth official.
The result left Brazil third in Group B, behind Peru and Ecuador, who both qualify for the quarter-finals.
Peru will now play Colombia, while Ecuador face the United States, who are hosting the tournament.
Dunga, who took charged after the 2014 World Cup, is due to lead his country at their home Olympics in Rio de Janeiro in August.
Source: BBC