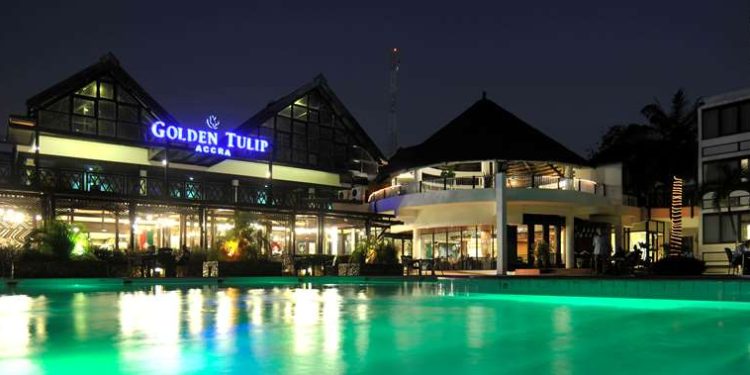 Ghana Libyan-Arab Holding Company (GLAHCO) has taken notice of circulation in the media alleging that a Lebanese company has purchased the whole franchise of the Golden Tulip Hotels in Accra and Kumasi owned by a joint venture between the government of Ghana and Libya.

GLAHCO wishes to inform the general public that, Golden Tulip Hotels have not been sold, therefore the said allegation/assertion is false.

The Golden Tulip brand was operated under a Management Contract with Louvre Hotels Group (LHG) of France.  The company gave indications of non-renewal of the agreement at the end of December 2021 citing recent changes in regulatory guidelines in their country of residence.

The Board of Directors as part of their mandate to make decisions on the strategic direction of the company began the process of evaluating options for replacement of the Management contract with a more improved terms of engagement that offers a better return on investment in the Hotels and consequently increase value to its shareholders.

Through this review process the leasing option was selected and in line with general procurement processes, companies were invited to present proposals for lease of the Golden Tulip Hotels.  Four companies from four different countries namely Ghana, Tunisia, Nigeria and Lebanon expressed interest and sent through their proposals for consideration by the Board.

After several months of deliberation, the Board settled on Achour Holdings, operators of Grand Lancaster chain of hotels and subsequently secured the signing of a lease agreement with the company on May 18, 2022 pending fulfilment of pre-operating conditions.

The terms of the lease agreement included but not limited to the following;▪ A primary lease term of 12 years AND NOT A SALE as alleged by the said publication.▪ The effective date for the commencement of lease operations of July 1. 2022.  ▪ The company was also required to construct a modern conference facility of 1,000 square meters for Golden Tulip Accra.  It must be said that a state-of-the-art conference facility for the hotel has been one key investment needed for the hotel to improve its revenues and compete favourable on a market that has seen the entry of very reputable brands over the years.

The conclusion and signing of the lease agreement meant a re-branding of the Golden Tulip Hotels to Lancaster Hotels effective from the lease start date.  Consequently, the names of the hotels were changed to Lancaster Accra and Lancaster Kumasi City.

Achour Holdings runs 5-star hotel in a number of countries and intend to raise the status of Lancaster Hotels in Accra and Kumasi (formerly Golden Tulip) to that level.

In the Interest of Ghana and its citizens, GLAHCO as part of the agreement with Achour Holdings ensured that every employee of Lancaster Hotel is protected and will not lose their jobs and livelihood.

GLAHCO therefore calls on the general public to disregardallegations of sale of government shares in Lancaster Hotels.

GLAHCO reiterates its unflinching commitment to managing the affairs of Lancaster Hotels in a transparent and judicious manner.