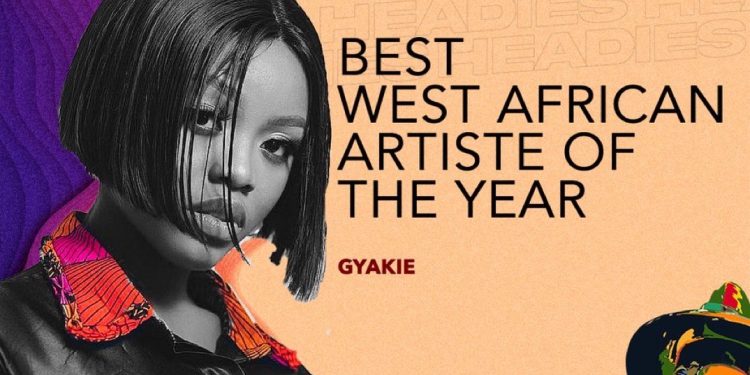 Since the release of her debut album, SEED EP, Gyakie has been on a winning streak, and her impact on the African music landscape is both subtle and impressive.

The singer received a double Platinum Certification Plaque from The Recording Industry of South Africa (RiSA) a few weeks ago for her breakout track, “Forever,” which indicates that more than 40 000 copies of the song were sold in the country.

Her most recent project is the My Diary EP, which has the songs “Something” and “Flames,” both of which feature Davido, and is now making appearances on charts around Africa.

The Best West African Artist category is for musicians of West African heritage who had the most notable accomplishments and effect throughout Africa in the year under review. The Headies Awards is Nigeria’s biggest and most anticipated music awards ceremony.