I love the idea of peace – Rocky Dawuni explains his calmness 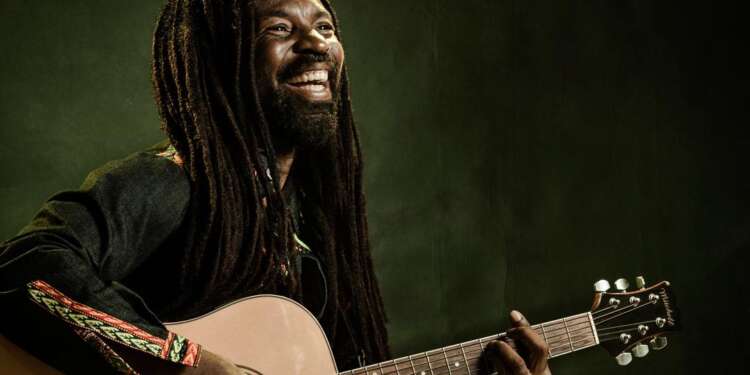 I love the idea of peace - Rocky Dawuni explains his calmness

Ghanaian singer and record producer, Rocky Dawuni has revealed that, just like every attribute of humans, he also gets angered.

Nonetheless, he prefers to deal with such issues usually under the wraps.

The recent Grammy nominee reiterated, it is necessary to take a break and take a step back whenever faced with difficulties or when faced with a no breakthrough situation. He believes this can refreshen the mind and present another approach to deal with the issue. “In doing so you just reset and approach the same issue but without your kind of pent-up attitude. I think it really helps me to kind of navigate through problems,” he said.

During an interview on Y107.9FM’S ‘Ylounge’, Rocky Dawuni told Akosua Hanson, “I do get pissed sometimes too. I just have to get out of the space so that I can be more sane for everybody. We are human and we all have our ups and downs. I try as much as possible to work out stress or when I feel like I have so much curd I can’t chew. When this happens, I get to a point where I just unplug and go exercising, meditating, reading the bible or a book. Generally, I love the idea of peace and being in the safe zone. So I try as much as possible to see things half full than half empty.”

He encouraged people to cultivate a mindset of positivity and says negativity is also imperative.

He further opined that when faced with adversities, the way one reacts to it matters the most.

However, he believes emotions are also significant attributes of humans and need to be felt. “Situations can be crazy but you’re supposed to feel it. The matter is how you react to it. When you feel it deeply it’s human but then how you react to it is the issue. Whether you left the situation regardless of how dauting or let it get the better of you, that’s up to you. I feel no matter how it is, you’re better off navigating and dealing with the strongest and biggest challenges. Just see it as a mood passing by and know it’s just going to pass over. You would be in a place later and realize it won’t matter anymore.” he added.