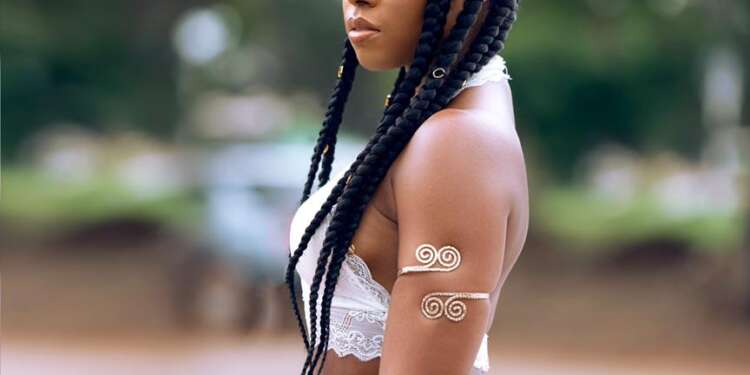 Sensational Ghanaian singer and songwriter Vera Hamenoo-Kpeda, popularly known as MzVee in entertainment circles has disclosed that she never thought of becoming an artist or a popular figure.

Speaking in an interview with Kojo Manuel on the ‘Dryve Of Your Lyfe’ show on Y 107.9 FM, she mentioned that music was never a part of her plans and did not even know what she wanted to become, because she was so confused and kept on changing the professions of her choice.

“This music thing was never a part of my plans at all, I grew up really confused, I had no idea what I wanted to become so every time my mind was changing on what profession I want to do.” she said.

She further disclosed that music is a blessing she unexpectedly found and took advantage of even though she knew nothing about the music and was not an entertainment-oriented person.

“Music is a blessing I stumbled upon because I was so confused about what I wanted to do until it just came to me accidentally, coming into it from my life before where I was very reserved and quiet.” She added.

Speaking to her new song ‘Coming Home’ featuring Nigerian songstress Tiwa Savage, she mentioned that it was the first song of her upcoming album to mark her 10th anniversary in the Ghanaian music industry and entreated her fans to stream the song and anticipate her album and a music concert.