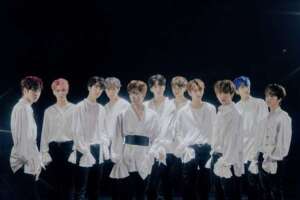 Signed under Spire Entertainment, the name Omega X comes from the last letter of the Greek alphabet Omega (Ω) which symbolises the end while the letter ‘X’ denotes the unknown with infinite possibilities. Together, Omega X signifies constant change and growth.

‘OX Win Ha!’, the charming and kitschy ‘Ice Tag’ EDM inspired ‘Omega X’ and the last song  which is dedicated to the group’s fans.

Omega X’s Jaehan spoke enthusiastically about the group’s debut saying, “The 11 of us are thrilled about the release of ‘Vamos,’ our new start, and meeting the fans. We poured our hearts into this album, and now we’re ready to share that energy with our fans. Thanks for your attention and support for our first album”. 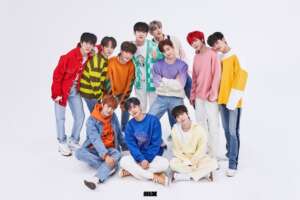 This is especially heartwarming as all the members of Omega X have previously been a part of groups that are now inactive or disbanded. Debuting as Omega X gives the members another chance to pursue their dreams and ‘Vamos’ expresses the members’ excitement for a new beginning, their love, gratitude, and wishes for fans to follow them on this new adventure.

Connect with Omega X on

By Kimchi and Kenkey