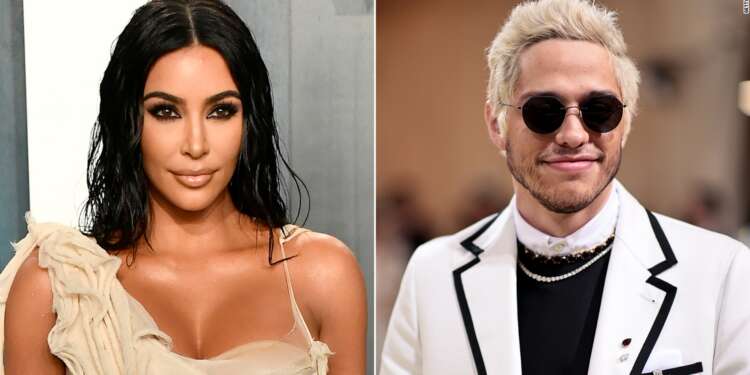 On Friday, the SKIMS founder took their relationship to the next level by sharing a series of photos, including a blurry selfie taken by Pete and another pic of them making kissy faces at each other on the floor.

“Whose car are we gonna take?!,” she captioned the post, referencing a line from a film called The Town, which she also included a screenshot of at the very end of the carousel. And though it’s unclear what the connection between the couple and an old Ben Affleck thriller is, the photos still elicited a supportive response from Kim’s sister, Khloé Kardashian, who spoke for all of us when she commented, “I love this.”

The post comes on the heels of a judge declaring her legally single amid her ongoing divorce from ex Kanye West. However, Ye’s made it abundantly clear that he’s less than pleased with his estranged wife’s new relationship by continually harassing Kim and “Skete,” the latter of whom he buries in the music video for “Eazy” while threatening bodily harm.

Apparently though, Ye’s troubling, one-sided antics have only brought them closer together. But even so, Kim wasn’t able to tag her boo in any of the photos, seeing as how Pete deactivated his Instagram back in February. Granted, a source for Page Six also previously said that the deletion had nothing to do with Ye or the “Eazy” video, as Pete reportedly thinks it’s absolutely “hysterical.”

Check out Kim’s photos below.