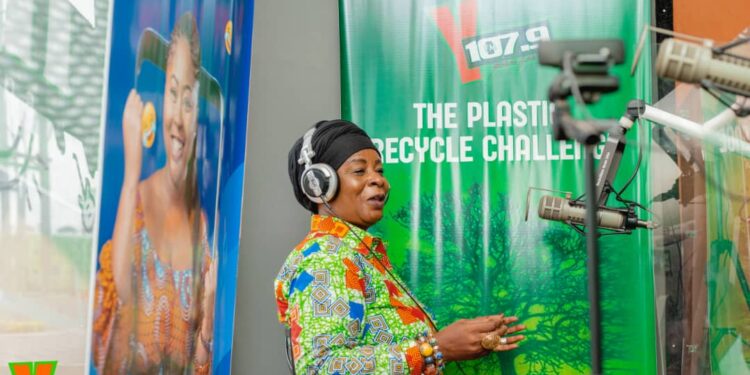 Celebrated Ghanaian television hostess and Development Queen mother of Afigya-Kwabre district, Obaapa Nana Adwoa Awindor has revealed that her childhood career ambition has always been to be a speaker.

According to her, she has always been very vocal and has always had the aim of being into a job that requires her to speak.

“I started being vocal at a very early age while I was still in school. I was just one of those people you could call easily to introduce a chairperson for a show or give the vote of thanks for an event” she shared.

Talking to Rev Erskine on Y 107.9 FM’s Y Leaderboard Series she said, “My first speech and prize-giving day happened when I was in class one where I stood in front of a large crowd to give a speech and that’s where I started talking”.

She mentioned that the drive to do TV presenting has always been there and it has always come through and is evident in whatever she did and at no point in time did she have intentions of leaving it.

Talking about where the inspiration came from, she disclosed that with both parents being teachers, she believes seeing them talk every day had an impact on her decision to do what she does.

“Also, another inspiration came from church, I would always look up to outspoken people and people who spoke on the pulpit” she mentioned.

“If I’d left it somewhere to think about something else, it probably was just to combine it, so I think my ambition from my childhood was to eventually become somebody who talks whether inspirational or whatever” she added.

The talented TV hostess mentioned that, she was fortunate to have known her strength at a young age and she just wanted to further it and do other things to cushion it and make it better which she has fulfilled.