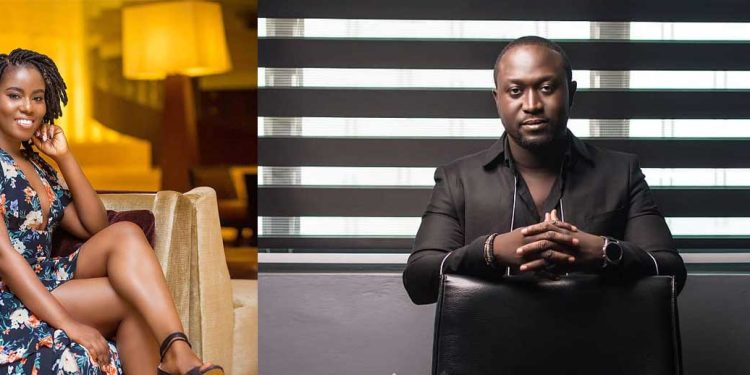 Chief Executive Officer of Lynx Entertainment, Richie Mensah has finally revealed the reason behind MzVee’s departure from the record label.

Richie debunked claims that there were some issues with her and the label or her colleagues. He stated that MzVee had to stop music for a while to address her struggles with depression.

He reiterated that despite the label’s attempt to help the MzVee with her health, she preferred to attend to them personally.

“MzVee’s case was a very personal thing. She’s said it several times, I mean. The depression that she was going through really affected a lot of things. So I didn’t let MzVee go. One thing is, MzVee stopped music. Do you get me?” he said.

“She left because of the health issues that she was going through. We tried to help her with the health issues but she wanted to deal with it on her own. Then she built a new team and started again,” Richie shared in an interview on 3FM’s ‘’Showbiz 927’.

MzVee who had been signed under Lynx Entertainment for eight years, communicated her break-up with the group in 2019.

“Lynx Entertainment will always be a strong pillar in my career and so it comes as no easy task to have to announce my departure from the label. Both parties have amicably consented with continuous support for each other to part ways moving forward,” she posted on her IG page.

“These 8 years with Lynx Entertainment has been absolutely delightful and a blessing and I am glad we still hold our relationship regardless of our decision to part ways. am eternally grateful. In this regard kindly note that all bookings and business enquiries should be thus communicated through my official channels, i.e. my official business email the new management number and my social media handles,” she added.

MzVee later admitted having had depression at one point. She cited it as one of the causes for her musical hiatus.

She has since been back and buzzing the music space and creating her own music including “Sherif,” “Hallelujah,” and “Coming Home” featuring Tiwa Savage.

My style of music is from the North – Gyedu-Blay Ambolley

My style of music is from the North - Gyedu-Blay Ambolley