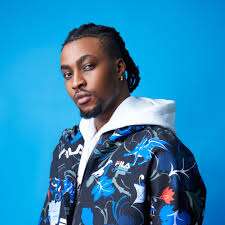 Popular Nigerian rapper and singer, Acebergtm, has put forward observations that he has made about Ghana for as long as he has been in the country on his visit.

Hosted by Brown Berry on Y107.9FM’s Ryse n Shyne, he admitted that Ghana is a fun country and from the few number of days he has spent here, he is already sure that he would like to come back and spend some more good time in the country.

“I would like to explore. Coming here, the reception has been amazing from the airport to the hotel and all around so it’s a shame that I have not spent much time here so I haven’t gotten the chance to move around and visit some places”, he said.

Acebergtm said that he would love to make time to visit places and taste every type of Ghanaian food as well. Asked what he thinks of the local foods he has already had, he acknowledged that they tasted really good and he looks forward to trying more.

Ikechukwu Okoronkwo, also known by his stage name, Acebergtm is a gifted rapper and singer. Born in Lagos, Nigeria, Acebergtm went from singing along to music he loved as a child, to finding his own sound. At the age of 15, he started writing his own music and felt strongly about a career as a musician. Acebergtm is popular for songs like Bella, Danca, Heart Breaker, among many others.

There are parts to me Ghanaians don’t know-King Promise