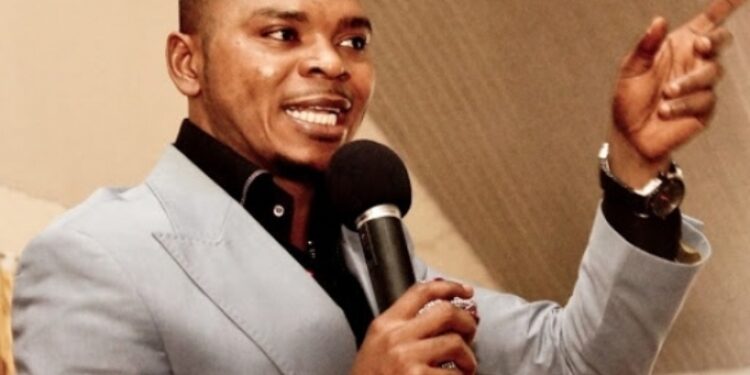 Members of the International God’s Way Church have gathered at the Nima Police Station and are offering intercessory prayers for their founder and leader, Bishop Daniel Obinim who is in custody there after he was arrested on Tuesday for alleged fraud.
The members were bused to the police station to solidarise with their Bishop.
Bishop Obinim spent the night at the police cells after he was arrested for allegedly defrauding one Mr Bismark Kusi of GH¢11.6 million.
Mr Kusi is said to have given the amount to the Bishop to help him (Kusi) recover some money offered to one Okomfo Dzakpata of Mampong-Nkwanta, near Koforidua.
A video posted on Facebook by one user showed that some members were at the police station till late last night.
Another video which was posted earlier this morning also showed that some of the members had gathered at the police station praying fervently for God’s intervention into their Bishop’s case.