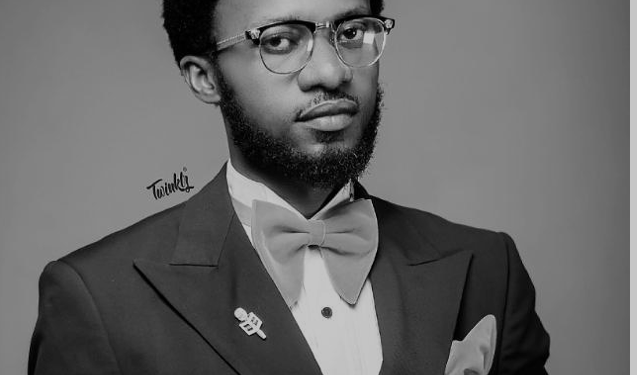 Nana Quasi-Wusu also known as PM or TheFinestMc is An Award winning Presenter, MC, Singer, Actor, Fashion Model and a humanitarian. He is an Old Student of Koforidua Sectech (K.S.T.S) who read Science TD, then continued to Takoradi Technical University where he read Civil Engineering.
He started His Radio Career at Y 97.9Fm in 2014 April as the Host of Roots & Revival the only Reggae show on Yfm for 2years. Then switched to host YCE 9Y Campus Express) show for a year and some months. Along the line, “Shouts on Y” was also added to his Radio shows.
After 4years of Serving Y 97.9fm, he was poached by Radio Maxx on 1st January 2018. Because of his Versatility, he Hosted Brunch for a while (Maxx Metro Mix), to After Drive(Maxx Music mix), to Anchoring of Super Morning Show and then finally Landed on the Drive time( Maxx Over Drive) . Whilst doing all that, he was at the same time the host of the number one party show on Sundays, “Maxx Beach Jam”. After a 1 year and 3 months, He returned to his first love Y97. 9fm on April 1st 2019 as the Drive Host ( Dryve Of Your Lyfe).
He is the Originator of the Jargon “Blaklaaa” which means “Proud to be black”. The mission is to campaign against skin bleaching on Social Media, Radio and any given platform. He has been Championing this course for almost 5yrs. The movement has been endorsed by Nana Kwabena Nkestia due to its mission.
As a proud Member of Fusion i.e a very vibrant Urban Gospel music group in Ghana, with 3 albums to its credit, the choir has performed with the likes of Alvin Slaughter, Patrick Duncan, Nathaniel Bassey, Koda, Joe Mettle etc. PM has also lead Kings Temple Choir in Ministering twice at Greater Works Conference organized by ICGC World Wide.
He is the Former vice president of W/R Film Directors Guild of Ghana (F.D.G.G). He has featured in films like “For Better Not worse”, “The Awaken” and short films like Busy and Abugas Wahala; hitting over a million views on Facebook.
Because of his extreme support for Talents, it has earned him the nickname “Talent Ambassador”. A few of the Talents he has nurtured includes international Award winning Artist Chuwkwu Udey, Winifred Ofosu Miss TTU 2017,(CEO of Queens Glam), Rahm Besia the Current Host of YCE show on Y97.9fm. etc. One of his major dreams is to assist the youth in discovering themselves i.e working with their God given Talents, because to him, it is the set way to reach your utmost potential.
Due to his extreme love for art, he has been privileged to Judge some reality shows;  The One Show, Miss TTU and Live Inside and Win The Ride
Events Hosted: Western Music Awards, G Park Excellence Awards, Taadi Fashion Weekend, Bisa Kdei Live In Concert 2014, Asa Baako Festival 2017, Kwabena Kwabena’s Save A Life Concert, Made In Taadi Concert by Kofi Kinaata 2018, Miss Abstinence Ghana, Miss TTU etc.
As a way of giving back to the Society, he’s formed PM foundation which is geared towards supporting the less privileged in the Society. Every December which is his birth month, he celebrates it with orphans by getting them books, Bags, clothing, shoes, Toiletries, food stuff, dance choreography etc.
Awards: G Park Excellence Awards – Honored As an MC (2014), Sekondi-Takoradi Radio Awards – Best Reggae Show Host (2015), Western Music Awards: Best Entertainment Show Host 2017 And 2019 (Nominee), Ghana Lifestyle Awards Best Event MC 2019 (Nominee)