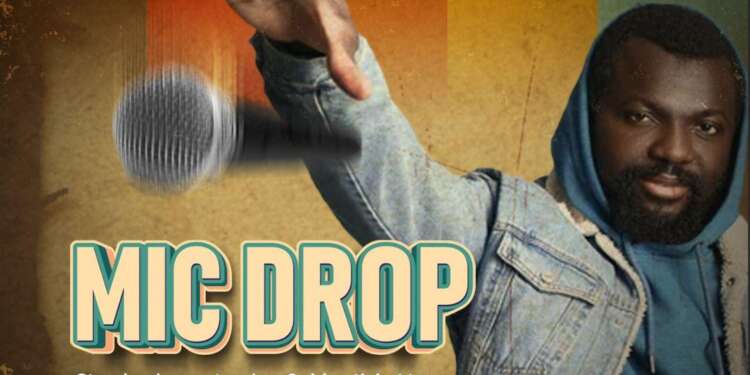 0
SHARES
51
VIEWS
Share on FacebookShare on TwitterShare on Whatsapp

YFM as the number one urban radio and a proven track record of always supporting the growth music in Ghana has come up with a genius idea to give budding rappers the opportunity to jump straight to the quarter finals of Rapture II dubbed ‘Mic Drop’.

Ato Kwamina project lead for the Rapture II says the ‘Mic Drop’ drop is to give rappers with the doppest lyrics a jump start in the competition.

“It’s always fun to listen to freestyles, it is only fair that when you drop a dope freestyle with the Rapture II beat, you win big. So Mic Drop is a golden opportunity for contestants to move straight to the quarter final stage” he said.

Rapture II, a reality talent show with a fierce battle of lyrics, flows and bars is on the search for the next Rap Icon and unearth explosive talents in the country.

The ultimate winner takes home a whopping GHS 10,000 among other amazing prizes. Interested rappers can secure a place and compete with the best rappers in the country by downloading the ‘Rapture’ beat and dropping some pretty ‘sick’ bars to justify their inclusion.

Ato Kwamina also explained how the second edition of the contest will capture the significance of rap music genre to the industry and Ghanaian culture. He noted that the positive influence of rap music needed to be revitalized, hence the most celebrated youth-oriented media brand in Ghana, YFM has to contribute to its growth.

“Rap Music since inception in the early 90s has given our story some form of dynamism and another way to express our Ghanaian story through music. Many of our great interventions and social vices we experience as a community have been addressed through rap. It also gave the youth a glimpse of hope and inspiration. Its impact has been felt through music and the socio-development of our country.

Hence, we put together Rapture to represent our Ghanaian culture, where a fusion of hip hop beats with African sound is used to create a whole new genre. Ours is different from Western Hip-hop because it involves our local languages like Twi, Ga, Ewe, Hausa and pidgin among others.

It’s not only about our culture, but the future as well. For us at YFM, Rap has limitless opportunities for Ghanaian youth interested in the genre and we promise to be there through it all,’’ he said.

This year’s edition of Ghana’s groundbreaking lyrical battle features a golden opportunity to jump up to the Quarter Finals of the competition. To unlock the ultimate chance, register and download Rapture beat on www.yfmghana.com/rapture/, upload a 60 secs video freestyle of yourself on the beat online with the hashtag #RaptureOnY & mention @y1079fm @y1025fm @y979fm. Submissions end on Friday, 20 May.