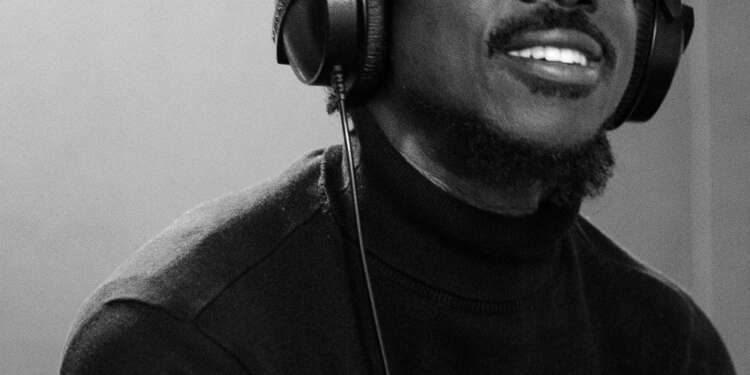 Legendary Ghanaian Music Director and Record Producer, Kwame Yeboah speaks on life as a renowned Instrumentalist, spending time with his children as a single parent, and plans to redefine the evolving music industry on another exciting episode of the youth inspiring Y Leaderboard Series with Rev Erskine.

Kwame Yeboah, born to veteran Highlife musician A.K Yeboah, shared that he was introduced to music and its basic instruments at the tender age of 5. This comes as no surprise as he is regarded as a wizard with enviable experience with musical instruments.

To him, he always hoped to follow in the steps of his celebrated father to become a musician. However, his dreams met an objection from his mother. “To her following my father’s footsteps meant I will mostly not be around like my father and she didn’t want that since I was her only child,” he said.

“I started playing drums at the age of five, then moved on to guitar at age 7 then gradually at 14 switched to playing keyboards. I enjoyed playing more gigs than school though I enjoyed my stay there. I was pretty good in school so it was boring. My interest and love for music grew stronger but to my parents that was never going to happen. It was a no from the start. I was with my mom most of the time because my Dad was always touring and she made sure I always went to school,” he said.

According to the award winning Audio Engineer, his childhood experiences allowed him to give his children the freedom to develop their own personalities and career. He is now a proud father of sensational female vocalist, Cici Yeboah.

Kwame Yeboah, who happens to have worked with Ghanaian greats like Amakye Dede, Kojo Antwi and the likes believes the current era of music pays lesser than the days of cassettes. Although he admitted the music scene in the earlier days was terrible, it paid off compared to the digitalization trend.

“I don’t think we get that kind of money now. “So before you even start making money you have to pay for it and after that you only get peanuts out of the whole thing unlike before,” he added.

Having worked with Craig David, he disclosed the Artist’s first album sold 7 million copies and compared to the current system of streams, he would have made less from that.

The celebrated Ghanaian producer further talked about the state of the music industry and described it as a “ticking time bomb” because there are no “proper structures to run the industry effectively and efficiently.”

He however shared his ambitions to redefine Ghana’s music and support the music space. The master of instruments revealed he has upcoming series of educational plans to impact Ghanaian youths with the right rudiments of instruments

“I’ve had one for the longest time but thing is, I wasn’t doing it mainstream. It was more of me finding talents that I bring close and work with. I share everything I have with them. Everybody that has come through me or through my camp is doing big things right now anywhere. From Dan Brown to Trophy Guys, they’re all my disciples. They all came through me to get to wherever they are,” he mentioned.

Programmes Manager, Eddy Blay speaking after the interview said, “Kwame has been a very busy person to come by and today I am really happy we finally had the honour to host him. He shared a lot about his time with his children to the impact he hopes to further make in the industry. He is highly respected amongst his peers and endorsed by Roland – United Kingdom, one of the world’s leading manufacturers of musical instruments. He is also endorsed by Steinberg – makers of one of the world’s best music software for pianos. So I can boldly say he is a representation and a bridge of both the old and new school.”