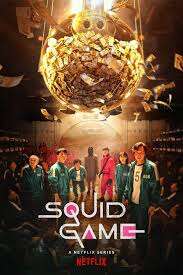 Anyone who watched two minutes of a series on Netflix counts as a view.

It demonstrates that Netflix’s goal of producing more international series has been a great success. Squid Game “has gone through beyond our wildest aspirations,” Netflix CEO Minyoung Kim told CNN.

The nine-part series, which premiered in September, follows a bunch of misfits as they participate in a variety of kids’ playground games.