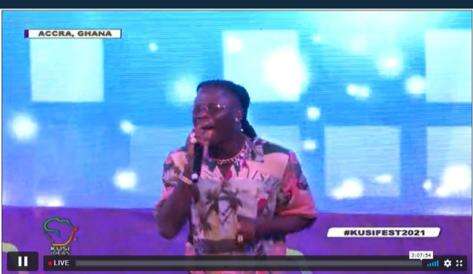 The two-day hybrid virtual and in-person festival was organised by the Nation Media Group (NMG) in collaboration with the Ghana Tourism Authority on the theme, “How Africa transforms after the virus”.

Performing at the closing ceremony, Bafira hitmaker, Stonebwoy, was in his elements. He proved on stage why he is still regarded as the best in the game.

As expected, Stonebwoy performed many songs from his repertoire such as Activate, Sobolo, Putuu, Greedy Man among others. His ‘ Putuu’ hit got patrons gyrating and singing in unison as he performed.

The third edition of the Kusi Ideas Festival which was held at the Accra International Conference Centre saw President of Ghana, H.E Nana Akufo-Addo, President of Uganda, H.E Yoweri Kaguta Museveni and President of Rwanda, H.E Paul Kagame as speakers at the event.

The Kusi Ideas Festival was launched by the NMG in 2019 in Kigali Rwanda, as part of the country’s 60th-anniversary celebrations, to be an “ideas transaction market” for the challenges facing Africa, and the various solutions and innovations the continent was undertaking to secure its future in the 21st century. 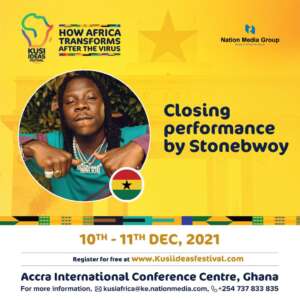